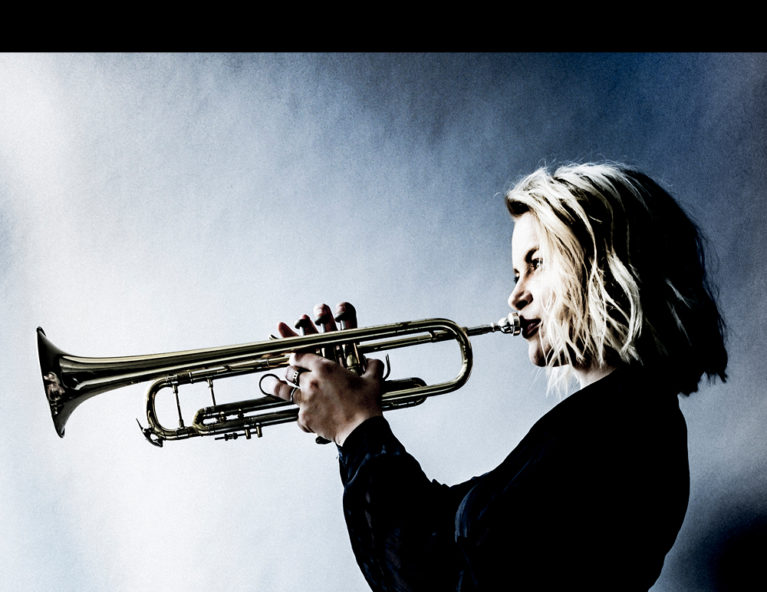 “Bria Skonberg looks like a Scandinavian angel, plays trumpet like a red hot devil and sings like a dream ... Poised to be one of the most versatile and imposing musicians of her generation"
- Wall Street Journal

"It's such a groove watching my skol sister follow in the path of Pops, Louis Armstrong, the one who start it all... She even follows his motto, play it, don't say it!!" - Quincy Jones

"A millennial shaking up the jazz world” - Vanity Fair

“Bria Skonberg confirms that she is not only indeed a triple threat musician “player, vocalist and composer” but also that the esteemed lineage, consummate entertainers all, would heartily approve her membership.” – All About Jazz

New York based trumpeter/vocalist Bria Skonberg has been described as one of the “most versatile and imposing musicians of her generation” (Wall Street Journal). She links the present with the past by playing inventive arrangements of traditional jazz repertoire, clever reinterpretations of contemporary classics and original compositions with genuine heart and dynamic flair. Ms. Skonberg's forthcoming album solidifies her as a truly unique voice in the jazz-blues-crossover realm.

In the last year she has sang the music of Aretha Franklin alongside Michelle Williams (Destiny’s Child), played with U2 at the Apollo, sat in with the Dave Matthews band, was a featured guest with Jon Batiste and sang the Star Spangled Banner at Madison Square Garden for a NY Rangers game. The 2017 Juno Award Winner for Best Vocal Jazz Album and 2018 Juno nominee has garnered over 6 million streams on Spotify, made the Top 5 on Billboard jazz charts, was voted #2 Rising Star by Downbeat Magazine and has organically earned over 25K online followers. Her latest crowd funded recording project, produced by Grammy award winning Eli Wolf, prominently features Bria's compelling song writing skills alongside a few creative covers (Queen, a Beatles/Duke Ellington mashup) highlighting her fiery trumpet playing and smoky vocals. A voice for this generation, she approaches contemporary subjects of womens' rights, civil rights, frustration, despair and hope through an overarching theme of "finding light in the darkness."

Bria just appeared on a month long tour as a featured member of the 2019 Monterey Jazz Festival Touring Band alongside Cecile McLorin Salvant, Jamison Ross, Melisa Aldana and Christian Sands. She is a highly sought out performer and educator, leader of the Sisterhood of Swing large ensemble, represents Jazz at Lincoln Center in schools, is co-director of the New York Hot Jazz Camp and is currently creating original educational programming for the Louis Armstrong House Museum.