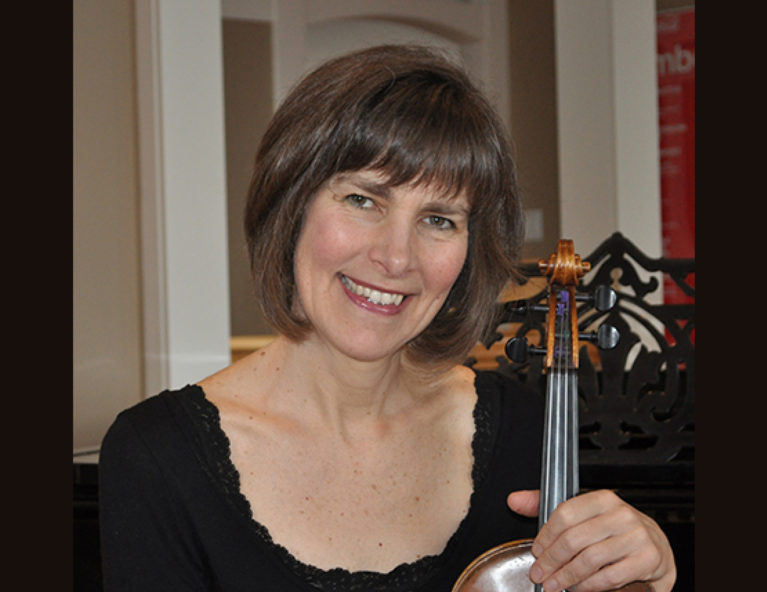 One of the Lower Mainland’s most active and successful string pedagogues, violinist Carla Birston has dedicated her career to fostering the joy of playing and learning to students of all ages and levels. A much-in-demand teacher with one of the largest private lesson studios in Metropolitan Vancouver, her students are consistently successful in various music festivals, at the Provincial Finals and in international competitions. One of her current students recently won the Seattle Young Artist Competition, performing the Tchaikovsky Violin Concerto with the Seattle Symphony Orchestra, and is also one of six finalists for  this year’s Shean Competition.

Though she has performed as a freelance musician throughout her career with such groups as the Vancouver Opera Orchestra and in various chamber ensembles, her passionate focus has been string teaching and developing the String Orchestras she has founded and nurtured over the last twenty seven years. Her ensemble, the Semiahmoo Strings, based in White Rock, are a group of advanced violin and cello students who perform up to three full programs each year. Such performances have featured Alexander Dobson (the great Canadian baritone), the Miles Black jazz trio, tenor Lance Ryan and many other guest soloists. The group recently performed Beethoven’s Fifth symphony with a professional wind and brass section. Her beginning string ensemble, the Demi-semiahmoo Strings, attracts beginning string players eager to become a part of her programs. Carla also conducts the Surrey Intermediate Strings Orchestra.

An Examiner for the Royal Conservatory of Music, she is in demand as an adjudicator at festivals and competitions locally and provincially. Carla holds a Bachelor of Music from the University of British Columbia, where she studied with Gerald Stanick, and an A.R.C.T. in piano performance, and enjoys accompanying her students.