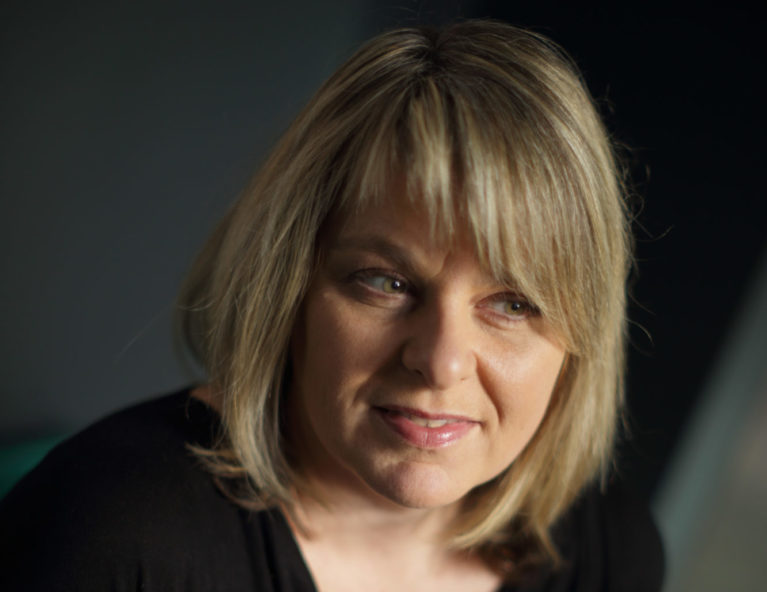 Montreal-based conductor, composer and saxophonist Christine Jensen is an original voice on the international jazz scene, and is regarded as one of Canada’s most compelling composers and improvisers. She recently won the Downbeat Critic’s Poll for Rising Star Big Band, Arranger, and Soprano Saxophonist, as well as being honoured by the Montreal International Jazz Festival in 2017 with the Oscar Peterson Prize. She leads her own jazz orchestra as well as other diverse ensemble projects. “Jensen writes in three dimensions, with a quiet kind of authority that makes the many elements cohere. Wayne Shorter, Maria Schneider and Kenny Wheeler come to mind.” –Downbeat.

Jensen has won two Juno Awards for her recordings with her jazz orchestra, including Habitat (2014) and Treelines (2011). Four of her albums have been nominated with Quebec’s ADISQ awards. Habitat received the coveted 5 stars in Downbeat, along with being included at the top of several international critic’s polls, including Jazz Album of the Year in 2014. She was also profiled on NPR’s All Things Considered for her work.  A two-time recipient of the Hagood Hardy Prize from SOCAN, she has also received two Quebec Opus Awards for her jazz orchestra recordings and concerts. Her recent collaborations as conductor and composer with Orchestre National Jazz de Montreal have included conducting Terence Blanchard, Oliver Jones, The Music of Carla Bley, as well as recording her suite Under the Influence, which won the 2017 Prix Opus for jazz recording of the year.

Christine co-leads Nordic Connect along with her sister, trumpeter Ingrid Jensen. They released two recordings, with tours of  Canada, US, Australia and Europe . Their latest recording Infinitude featuring Ben Monder on guitar was nominated for a 2018 Juno Award.

Teachers and mentors include Kenny Werner, Jim McNeely, Dick Oatts, Remi Bolduc and John Hollenbeck. She is currently on faculty at McGill University where she teaches composition, saxophone, ensembles, and is Artistic Director of Jazz Orchestra 1.