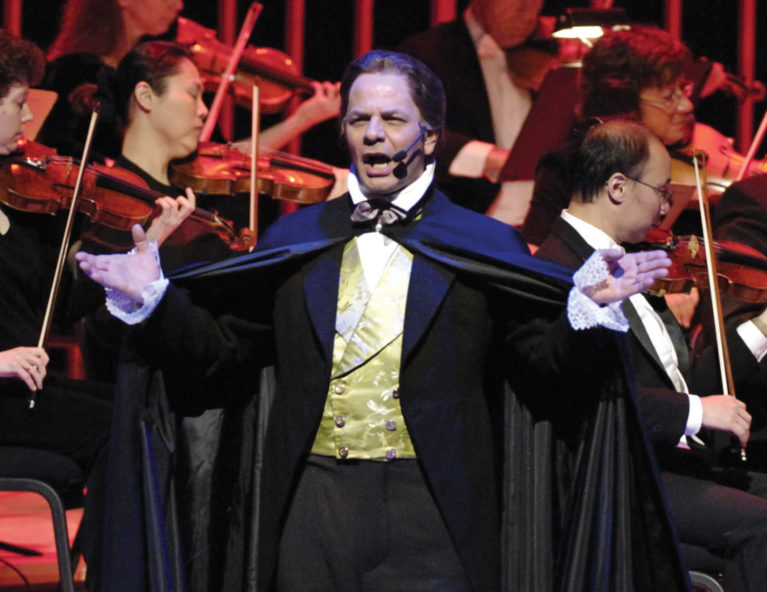 Barbara Nichol Author
Barbara is an award-winning author and filmmaker. Her book Dippers was a finalist for the Governor General’s Literary Award, and Biscuits in the Cupboard won the Mr. Christie’s Book Award. She is also well known as the author and director of the Juno award-winning original recording of Beethoven Lives Upstairs and author of the book by the same title. She was awarded a Genie for Best Short Film for Home for Blind Women and was nominated for an Emmy for her work with Sesame Street. Barbara Nichol has published four books with Tundra, including Safe and Sound, Trunks All Aboard: An Elephant ABC, and Dippers.

Andrew Redlawsk Christoph
Andrew Redlawsk is proud to have spent many seasons with Classical Kids bringing classic composers to life for young people around the globe. Originally from Iowa, Andrew has lived and performed all over America – making his home in Chicago, New York, Los Angeles and currently Washington DC, where he studies Political Management at George Washington University. New York credits include: Stealing Time and Greenwood (NYMF), BJ: A Musical Romp (Planet Connections Festivity), The Bowery Boys (NAMT), Together This Time (NYC Fringe), Assassins and Godspell (Momentum Repertory Company). Regional credits include: A Christmas Carol (Drury Lane Oakbrook), The Lieutenant of Inishmore (Northlight Theatre), The Bowery Boys (Marriott Theatre), and Twelfth Night (Riverside Theatre Shakespeare Festival). Andrew has also enjoyed touring with Oh What A Night! - A Tribute to Frankie Valli and the Four Seasons both on land and at sea on Norwegian Cruise Lines.

Thad Avery Uncle
Mr. Avery performs for Classical Kids Live! as both Uncle in Beethoven Lives Upstairs and Tchaikovsky in Tchaikovsky Discovers America. He is based in Chicago with his wife Cheryl, and two children, Spencer and Grace. A proud union member of all three performing unions, his first professional show was with Milwaukee Repertory Theatre. He received his training from Wayne State University in Detroit. There he performed in a number of shows ranging from the Classics to many musicals. After graduation, he was a company member of Utah Shakespearean Festival and traveled around the world with an international comedy troupe. The troupe was featured at World Entertainment in Japan and also at the Wintergarten in Berlin. When Thad returned home, he started a long and rewarding relationship with the musical Forever Plaid. The production took him from Door County, WI to the first national tour, to Las Vegas, and back home to Chicago. Other appearances in Chicago include: I Love You, You're Perfect, Now Change, The Wizard of Oz, Charlotte's Web, Alice in Wonderland, and The Nutcracker. Thad gives special thanks to his mentor, the late Robert Hazzard.

Sara Murphy  Production Stage Manager
Sara has served as production stage manager for the Classical Kids flagship production, Beethoven Lives Upstairs as well as the newest in the series, Mozart’s Magnificent Voyage. She has traveled all over North America with Classical Kids and even to Southeast Asia in collaboration with the acclaimed Malaysian Philharmonic. She graduated in 1995 from Hope College with a BA in Stage Management. Her Chicago credits include Blue Man Group, Forever Plaid and Love Janis at the Royal George Theater, Catch 22, Building Sympathy, and The Good Doctor with Center Theater Ensemble, Dangerous Corner with Greasy Joan and Co. and Hunchback with Redmoon Theater Company. She worked for four summers at the Hope Summer Repertory Theatre, where her credits include 42nd Street, 10 November, and The Trip to Bountiful. Sara holds a master’s degree in non-profit administration from DePaul University and currently serves as Manager of Individual Giving at the Museum of Science and Industry in Chicago. Love and thanks to her wonderful husband, Jon.

Paul Pement Executive & Artistic Director
Paul holds an exclusive international licensing agreement with the award-winning Classical Kids organization to direct and produce the highly-acclaimed symphony concert series that includes Beethoven Lives Upstairs, Tchaikovsky Discovers America, Vivaldi’s Ring of Mystery, Mozart's Magnificent Voyage and Hallelujah Handel. As executive and artistic director of Classical Kids Music Education, NFP, Mr. Pement oversees all business and artistic aspects of the Classical Kids Live! theatrical concert productions around the world. (www.classicalkidslive.com) Paul received a BFA in Acting from the University of Illinois and, as a long-time member of Actors’ Equity Association, has extensive theatrical experience performing in over 50 productions throughout Chicago and abroad. He has appeared in such long-running commercial hits as Peter Pan (Peter), Joseph and the Amazing Technicolor Dreamcoat (Benjamin) and Forever Plaid (Sparky), the latter of which he has also directed and choreographed at theatres across the country. In addition to film and television appearances, he has written tolerance-related short films and has directed/choreographed industrial shows for companies such as Target and Mobil. Paul resides in Chicago with his yellow lab, Gus.

Susan Hammond Series Creator
Susan has created a whole new generation of classical music fans through her innovative and awardwinning Classical Kids recordings. She is the executive producer of a 16-title series of children’s classical music recordings known collectively as Classical Kids, selling to date nearly 5 million CDs, DVDs and books worldwide, and earning over 100 prestigious awards and honors. Each story entails its own adventure featuring a unique combination of music, history, and theatricality to engage the imaginations of children. Susan holds the philosophy that, “Where the heart goes, the mind will follow.” An accomplished concert pianist and music teacher, Hammond searched for recordings about classical music to share with her young daughters. One day, she sat reading to her girls with a classical music radio station on in the background and noticed how they responded to the literature in a different way when enhanced by music. The rest, as they say, is history. Susan is the recipient of Billboard Magazine’s International Achievement Award and resides with her husband in Toronto where she is a member of the Order of Canada for her contribution to the arts.