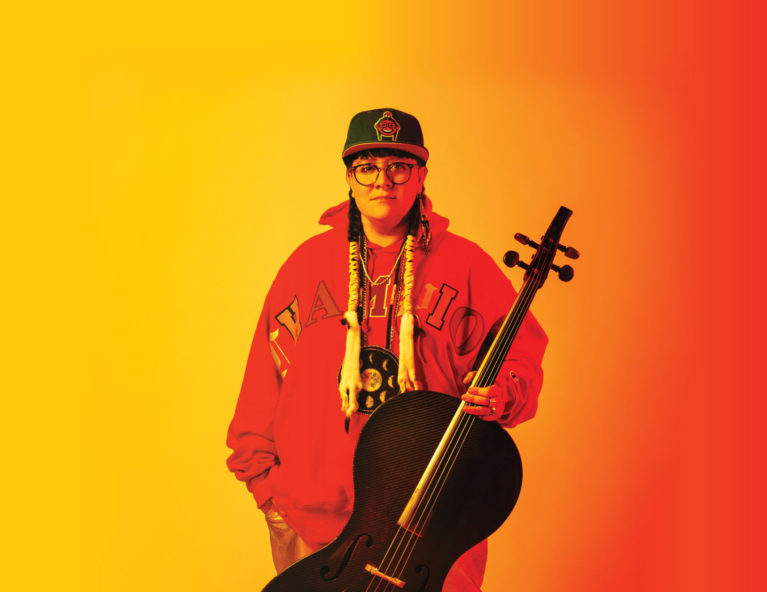 Juno nominated Cris Derksen is an internationally respected Indigenous cellist and composer. In a world where almost everything — people, music, cultures — gets labelled and slotted into simple categories, Cris Derksen represents a challenge. Originally from Northern Alberta, she comes from a line of chiefs from North Tallcree Reserve on her father’s side and a line of strong Mennonite homesteaders on her mother’s. Derksen braids the traditional and contemporary, weaving her classical background and her Indigenous ancestry together with new school electronics to create genre-defying music.

As a performer Derksen performs nationally and internationally as a soloist and in collaboration with some of Canada’s finest, including Tanya Tagaq, Buffy Sainte Marie, Naomi Klein, and Leanne Simpson, to name a few. Recent concert destinations include Hong Kong, Australia, Mongolia, Sweden, and a whole lot of Canada: the place Derksen refers to as home.

2021 commissions include pieces for the Calgary Philharmonic Orchestra, Ottawa's Chamberfest, the City of Toronto, Edmonton New Music, the Edmonton Symphony with support from the National Arts Centre, Vancouver's Blueridge Chamber Festival, Vancouver Transform Cabaret, and a 4-part docuseries for the Knowledge Network.  A new album of Cris Derksen’s works will be released in 2022.