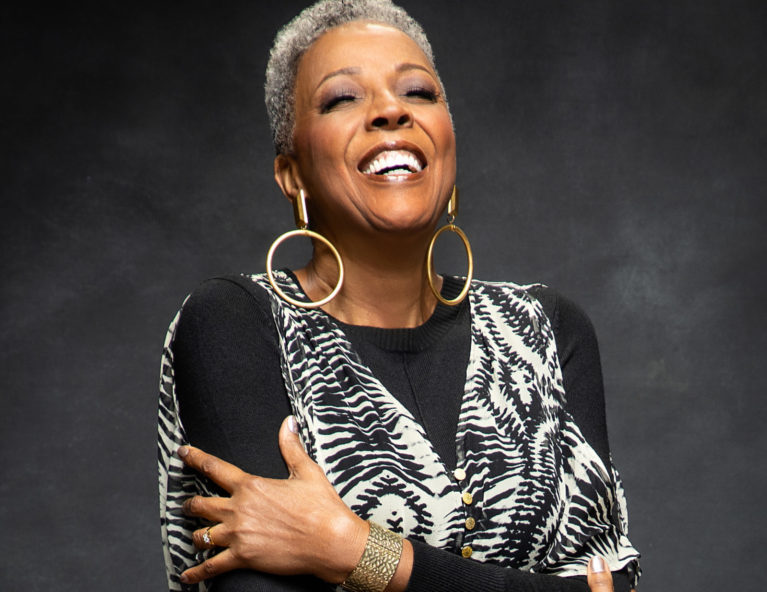 Dee Daniels is an accomplished vocalist and musician's musician who passionately delivers timeless performances in multiple genres that include: jazz, blues, gospel, and her original compositions. Her newest CD, The Promise, has garnered awards in multiple categories from the Global Music Awards, and Spiritual Artist of the Year from the Western Canada Music Awards. A sultry songsmith and master of storytelling, she has performed for royalty and international dignitaries on multiple occasions, and has an extensive list of performances with combos and big bands. Her international career includes performances across Europe, the United Kingdom, Russia, Australia, South America, Hong Kong, Japan, India, Egypt, twelve African countries, and throughout North America.

She crossed the threshold of the classical world with the creation of her spellbinding Symphony Pops programs, “Great Ladies of Swing”, “The Great American Swing Book”, "A Night Out With The Boys", ”The Soul of Ray: The Music of Ray Charles”, and "Red, Hot, and Blues". She shares a successful Pops program with Juno Award winner, Denzal Sinclair, entitled "Unforgettable: 100 Years of Nat and Natalie Cole". Dee has performed and recorded with orchestras throughout North America and abroad. In addition to her accredited presence and magnetic prowess on keys, Daniels adds a spellbinding four octave plus vocal range to her potent, natural and unique spin on every song she touches.

Dee was 2020/21 winner of the Western Canada Music Awards Spiritual Artist of the Year for her latest CD release, The Promise. In 2020 the National Congress of Black Women of Canada honoured Dee with a Legacy Award; in 2010 she received a nomination for an Atlanta Theater’s Suzi Bass Award; in 2009 received an Honorary Doctorate Degree of Fine Arts and the 2008 President’s Award, both from Capilano University; a recipient of the prestigious and most coveted Commemorative Medal for the Golden Jubilee of Her Majesty Queen Elizabeth II. 2003 saw her induction into the University of Montana’s School of Fine Arts Hall of Honor; a 1997 University of Montana Distinguished Alumni Award; a 2002 induction into the British Columbia Entertainment Hall of Fame and member of Vancouver’s Granville Street Walk of Fame are a testament to her dedication to music.

Dee has cultivated a diverse career that has also seen her on theatre stages including the 2009 premiere of New York choreographer, Twyla Tharp’s, musical, Come Fly Away, and the critically acclaimed musical, Wang Dang Doodle at the Arts Club in Vancouver, BC. She is an inspirational speaker with keynote addresses being delivered at the Women’s CEO & Senior Management Summit in Toronto, the British Columbia Music Teachers Conference, commencement addresses at Capilano University, and many more.

An internationally respected vocal clinician, adjudicator and mentor, Dee presents clinics, workshops, and master classes globally. In 2019 she joined the faculty of the Conservatory of Music at the University of the Pacific (CA); served on the President's Advisory Council for the Jazz Education Network (JEN) from 2016 - 2018; was Artistic Director for the West Coast’s DeMiero Jazz Fest from 2011 to 2018; created the Dee Daniels Jazz Vocal Scholarship awarded at the DeMiero Jazz Festival in Edmonds, WA in 2017; was on the faculty of the vocal department of the Aaron Copland School of Music at Queens College (NY) 2013 - 2014. In 2013, she created the week-long Dee Daniels Vocal Jazz Workshop Camp at the Sitka Fine Arts Camp; from 2001 through 2017, she was the creator and donor for the Dee Daniels Jazz Vocal Scholarship at the Capilano University in North Vancouver, BC and from 2017 to the present the scholarship continues at the DeMiero Jazz Festival. She was the first artist to serve on the Advisory Board of the Lionel Hampton International Jazz Festival (2002 - 2008), and has received several awards for her contribution in the field of music performance, music education, and community service.

Dee has several CDs as a leader to her credit in addition to being a guest artist on CDs of other artists, and on compilation CDs internationally. Visit www.deedaniels.com for further information.