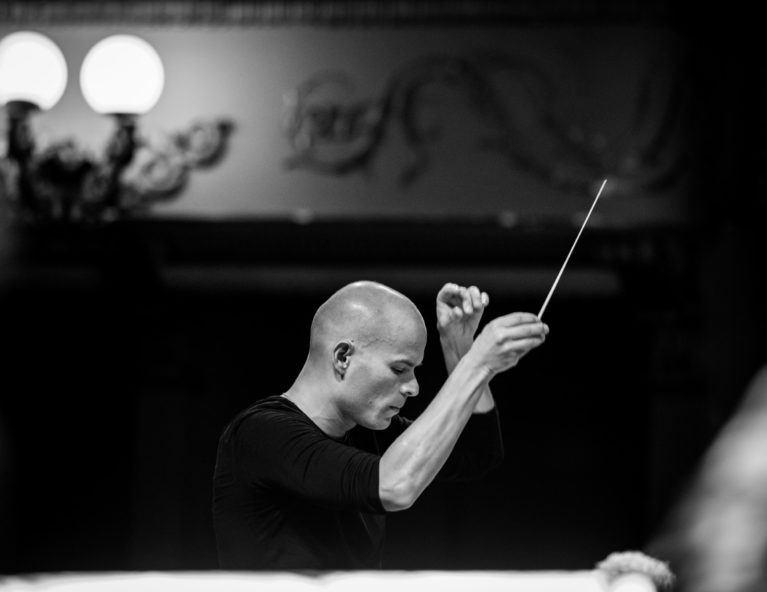 Dietrich Paredes is the Music Director of the Caracas Symphony Orchestra, one of the flagship orchestras from El Sistema, Venezuela’s celebrated movement of youth orchestras and choirs. He began his tenure with the CYO in 2008, and together they regularly tour South America, Asia and extensively throughout Europe at prestigious venues and festivals including the Salzburg Festival, Mariinsky Theatre in St Petersburg, the Dvorak Festival in Prague, the Beethovenfest in Bonn, the Ravello Festival in Italy, as well as Zurich, Hamburg, Paris, Budapest, Vienna, Gothenburg and Zagreb.

Born in 1980, Dietrich Paredes studied the violin under the guidance of Professors Ruben Cova, Ulises Ascanio, Santiago Garmendia and José Francisco del Castillo. He participated in masterclasses led by a number of distinguished violinists including Agustin Dumay, Olivier Charlier, Virginie Robilliard, Aaron Rosand, Maurice Hasson, Yossy Zivoni, Daniel Stabrawa, Eugene Fodor and Igor Oistrach. Aged just 11 years old, he won the Encuentro Internacional de Niños y Jóvenes Solistas Instrumentistas in Córdoba, Argentina. He joined the 1st violins of the Simon Bolivar Symphony Orchestra in 1997 and in 2002 he was selected for the position of concert master of the Youth Orchestra of the Americas. As a leader, he was also the music director of the Jóvenes Arcos de Venezuela between 2000 and 2004. In parallel to his early career as a violinist, Dietrich Paredes studied conducting under the guidance of Maestro José Antonio Abreu, rapidly establishing a reputation as one of the most promising young maestros to emerge from Venezuela, conducting several of his country’s orchestras, including the Simon Bolivar Symphony Orchestra, as well as the Merida, Tachira, Monagas and Falcon Symphony Orchestras. In 12/13 he was offered a position as Conducting Fellow with the Los Angeles Philharmonic, with whom he served as assistant to Esa-Pekka Salonen, Vasily Petrenko, John Adams, as well as to Gustavo Dudamel on an extensive tour of Europe.