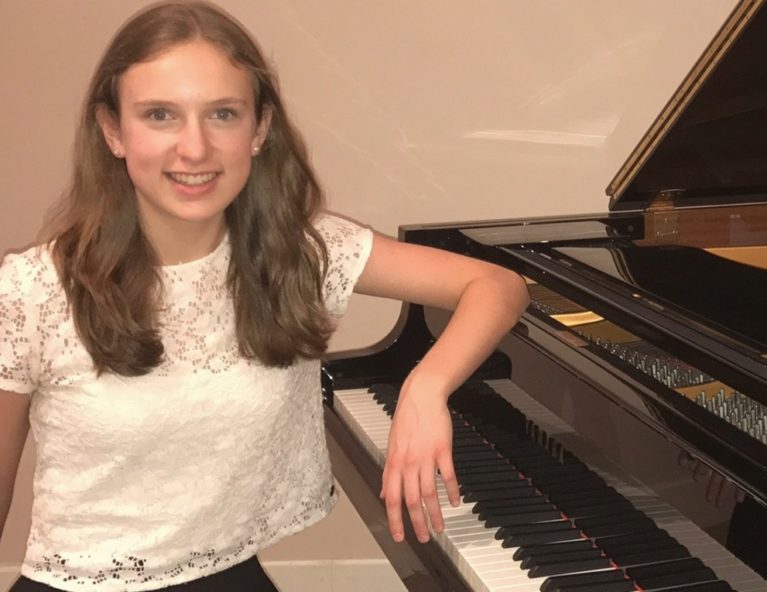 Sixteen year-old Emma Hoglund has received numerous awards, prizes, and scholarships in local and national competitions, including several scholarships and first place awards at the Vancouver Kiwanis Music Festival (VKMF), Kiwanis Fraser Valley International Music Festival, first prize at the Canadian Music Competition in Montreal (2018), selected as National Representative for the BC Performing Arts Festival (2018), recipient of Muzewest Concert's first scholarship with a private solo recital (2018), and most recently, recipient of the 2018 National Gold Medal from the Royal Conservatory of Music for highest mark in North America for the Associate Performer’s Diploma (ARCT). In addition, cbcmusic.ca included Emma in its list of “30 hot Canadian classical musicians under 30, 2017 edition.”

In June of 2017, at the age of fourteen, Emma won the Senior Division of the Vancouver Symphony Orchestra Future of Excellence Concerto Competition, with an opportunity to perform with the VSO in January 2018, which she did to a standing ovation as well as a return invitation for two concert engagements in their 2018-19 season. In addition, Emma has been given the opportunity to give a solo recital in Pyatt Hall, VSO School of Music, which she was given on Sunday December 9, 2018.

Summer activities included attending John Perry Academy and performances in Florence and Perugia with orchestra as part of MusicFest Perugia (2018). As runner-up in the first Steinway and Sons Competition here in Vancouver, Emma was awarded the opportunity to perform in New York City in the beautiful Steinway Recital Hall.

When Emma is not playing the piano, she enjoys sports, baking, crafts, and service-related activities. She has participated in UNICEF and ALS fundraising events as a guest artist and feels very strongly about making our world a better place. Her school awarded her the Citizenship Award (2018), recognizing these contributions.