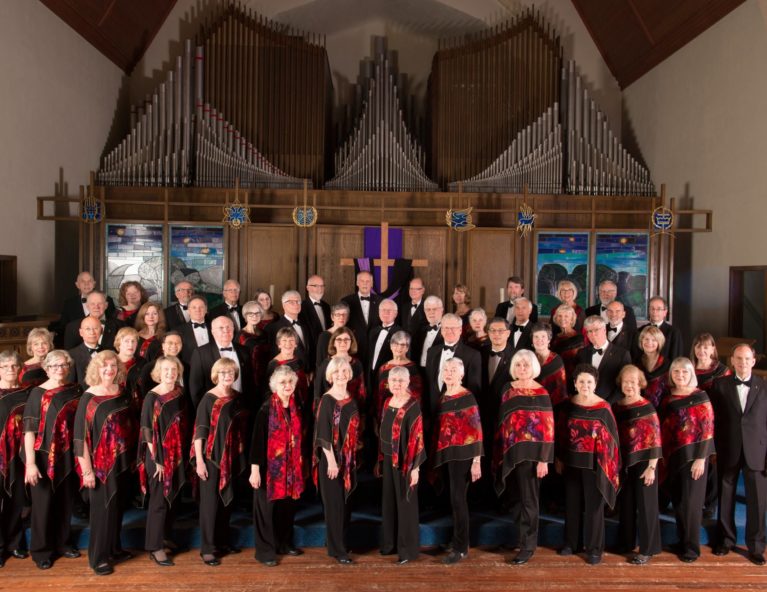 EnChor is an auditioned SATB choir founded by the late Diane Loomer C.M. in 2007 to encourage mature singers to continue to use their talents. Within three years she attracted more than 50 singers (age 55 and over), most of them current or former members of other choirs in the Lower Mainland. EnChor was a featured choir at Podium 2010 in Saskatoon and Festival 500 in St. John’s, NL in 2011. In May 2014, EnChor was the host choir at the BC Choral Federation’s annual Chorfest in Vancouver. It made its first appearance at Bard on the Beach in July 2014. Since its founding, EnChor, together with members of the UBC Opera Ensemble, has formed the VSO Choir for its annual Traditional Christmas Concert series.

Morna Edmundson is one of Canada’s best-known choral conductors with a strong reputation for excellence. Based in Vancouver, she is Artistic Director of Elektra Women’s Choir and EnChor, an auditioned SATB choir. Passionate since childhood about choral singing, Morna obtained degrees and diplomas in vocal music in Vancouver, Bellingham, and Stockholm, Sweden where her teachers included Eric Ericson. Under her leadership, Elektra is a proud leader in the women’s choir community, programming a season of concerts, commissioning, recording, and engaging with women of all ages and their conductors through a suite of outreach programs. For 14 years Morna shared her love of quality repertoire with a new generation of singers in her role as Associate Artistic Director of Coastal Sound Music Academy. Morna has adjudicated in North America and Asia, conducted state honour choirs, co-directed the American Choral Directors Association National Women’s Honour Choir, and gives frequent workshops with choirs of all ages. Her accomplishments have been recognized with the BC Choral Federation’s Healey Willan Award (2000), a BC Community Achievement Award (2009), YWCA Woman of Distinction Award, Arts and Culture category (2011), and UBC Alumni Builder Award (2017). Since 2013, she has served as a Board member of Chorus America, the advocacy, research, and leadership development organization that gives voice to the choral field.