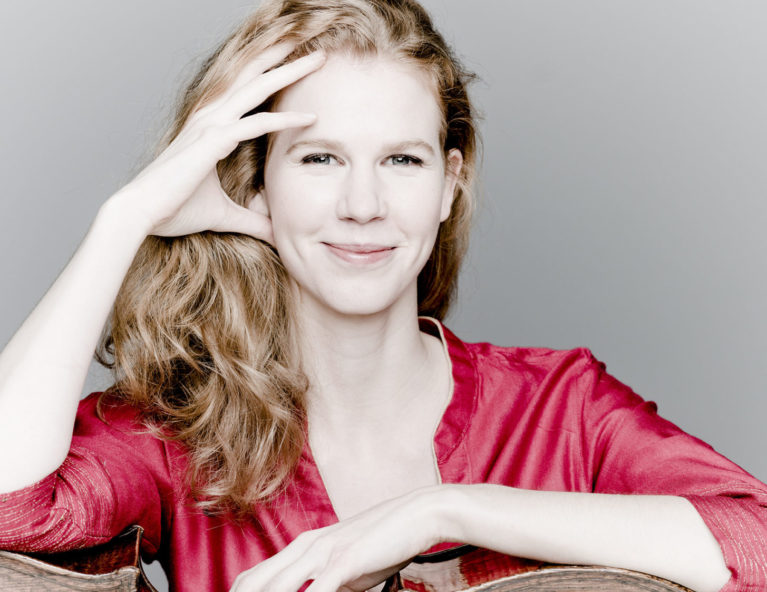 Harriet Krijgh also performs with orchestras like Frankfurt and Vienna Radio Symphonies, Bruckner Orchester Linz, Netherlands and Copenhagen Philharmonic under the batons of Cornelius Meister, Dennis Russell Davies and Santtu-Matias Rouvali. Other recent highlights have included her debut with London Philharmonic Orchestra, a tour with Academy of St Martin in the Fields under the baton of Sir Neville Marriner, and performances with Radio orchestras of Berlin, Hamburg and Vienna, Rotterdam Philharmonic, and Bamberg Symphony Orchestra.

In 2016/2017 Harriet is featured in a four-concert cycle in Vienna’s Musikverein. Performances bring her to Amsterdam, Den Haag, Budapest, Hamburg, Baden-Baden and Ludwigshafen. She has participated at the Lucerne, Ghent, Gstaad Festivals, and the first international Chamber Music Festival, Malmö. In quartet she tours with Baiba and Lauma Skride and Lise Berthaud, with the Signum Saxophon Quartet as well as in London’s Wigmore Hall with the Pavel Haas Quartet.

A passionate chamber musician, she assumes the role of Artistic Director of the International Chamber Music Festival Utrecht in June 2017, taking the position over from Janine Jansen. In 2012 Harriet founded the “Harriet & Friends” Festival which takes place every summer in Feistritz.

Amongst winning many competitions, in her native Holland Harriet Krijgh was awarded both the First Prize and the Audience Award at the Amsterdam Cello Biennale in November 2012. In Autumn 2013 she was awarded the WEMAG-Soloists prize at the Festspiele Mecklenburg-Vorpommern. In 2015/2016 Harriet was chosen “Rising Star” of the European Concert Hall Organisation (ECHO) performing in Europe’s major concert halls.

For the Capriccio label Krijgh has recorded Haydn’s cello concerti, a duo CD of French works, the cello sonatas of Brahms and Rachmaninov, and a CD of romantic works with the Deutsche Staatsphilharmonie Rheinland-Pfalz under the baton of Gustavo Gimeno.

Harriet Krijgh was born in the Netherlands in 1991. She studied in the class of Lenian Benjamins at the Music College in Utrecht. Later she continued studies with Lilia Schulz-Bayrova at the Vienna Conservatoire and at the Kronberg Academy with Frans Helmerson.

Harriet plays a Giovanni Paolo Maggini cello from 1620, which is generously loaned to her privately.