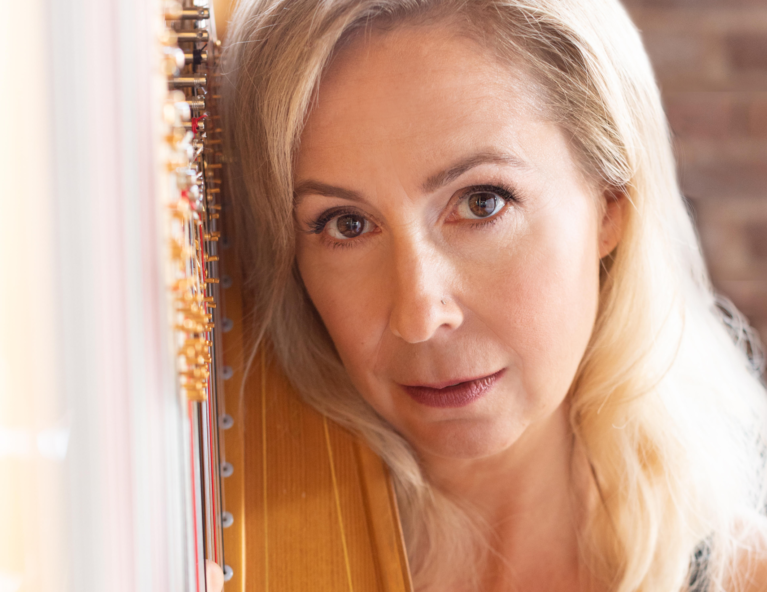 Heidi Krutzen’s ‘captivating’, ‘ravishingly colored’, ‘emotionally touching’ harp playing has moved audiences from Tokyo to New York.  She is celebrated for her versatility as a soloist, chamber musician, and orchestral performer.  And as Principal Harp of London’s Philharmonia Orchestra, she has enjoyed performing in the world’s great concert halls, from Shanghai to Berlin, under the direction of exceptional maestros.  Noted as “deeply connected to the moment of creation”, all of Heidi’s work is informed by her desire to move people, and connect with them through the power of music. This ethos extends to her contributions as a member of Malambo Grassroots, a charity focused on community development in southern Zambia, which also contributes via scholarship and musical instrument donations to the Ngoma Dolce Music Academy in Lusaka.

A passionate advocate of collaboration and new music, she is a member of several acclaimed chamber groups: COULOIR with cellist, Ari Barnes; Trio Verlaine; Krutzen/McGhee Duo; and the Turning Point Ensemble.  With these groups, she has toured extensively throughout North America, concertized in the UK, and created numerous recordings including Maxwell, Muhly, Couloir which garnered "Artist of the Year" at the 2016 Western Canadian Music Awards, and Trio Verlaine’s Six Departures which was selected for the first-round ballot of the 57th Annual Grammy Awards.  And many of her performances have been broadcast live on BBC Radio 3, NPR, and CBC Radio.

Other career highlights include touring to Taiwan with the Formosa Quartet, performing with Trio Verlaine at the Edinburgh International Festival, recording Mark Armanini’s double concerto with the Latvian National Symphony, and her upcoming performance of Debussy’s Danses and Kelly-Marie Murphy’s double concerto with COULOIR and the Vancouver Symphony in 2019. A return guest at major festivals such as the Ottawa International Chamber Music Festival, Oregon Bach Festival, and Seattle Chamber Music Festival, Heidi was also Principal Harp of Vancouver Opera for 20 years.

Dedicated to bringing her instrument into the forefront of 21st century music, she has commissioned 21 works thus far, championing Canada’s preeminent composers, and premiered nearly 100 more. She is also a committed educator, sharing her love for her instrument with students from the Trinity Laban Conservatoire, Royal Conservatory of Music, Royal Academy of Music, National Youth Orchestra Canada, the University of British Columbia, and in masterclasses throughout the US, Taiwan and the UK.

Amidst her full schedule, Heidi also prioritizes stewardship of her musical organizations, co-running the Philharmonia Chamber Players Series with her colleague Richard Birchall.