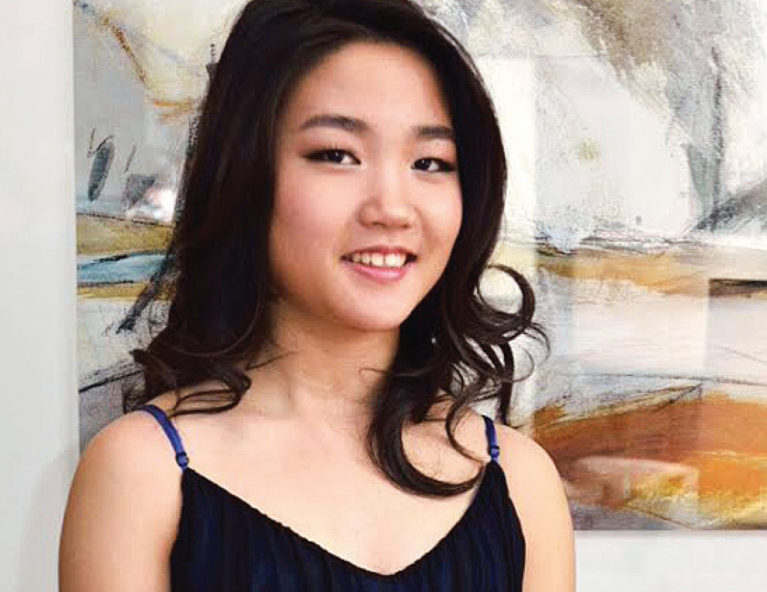 Ireh Kim, a student of University Hill Secondary School, is a fourteen-year-old marimbist who is currently studying percussion with Aaron McDonald. At the beginning of her musical journey, Ireh’s former teacher Samuel Zaveleta opened a whole new world of virtuosic marimba playing and paved the way to her interests in a variety of percussion instruments. In spite of possessing some musical backgrounds, such as playing the piano, she perceived percussion as an entirely different form of music.

As she got introduced to the various types of sounds each instruments could make, curiosity soon led to obsession. When she struck her mallets on the wooden keys of the marimba, the beautiful, cavernous sound captured her into the realm of marimba playing. As a result, her passion led to numerous successes regarding her percussion playing.

As one of the winners in the VYSO concerto competition, Ireh gained an opportunity to play with her fellow colleagues. Followed by her performance, she also decided to enter the VSO School of Music's concerto competition and successfully made it to the grand prize.

Outside her marimba playing, she has also equally indulged in her piano playing for the last eight years. Playing music is one of her greatest passions, and she will continue to do so in future years.