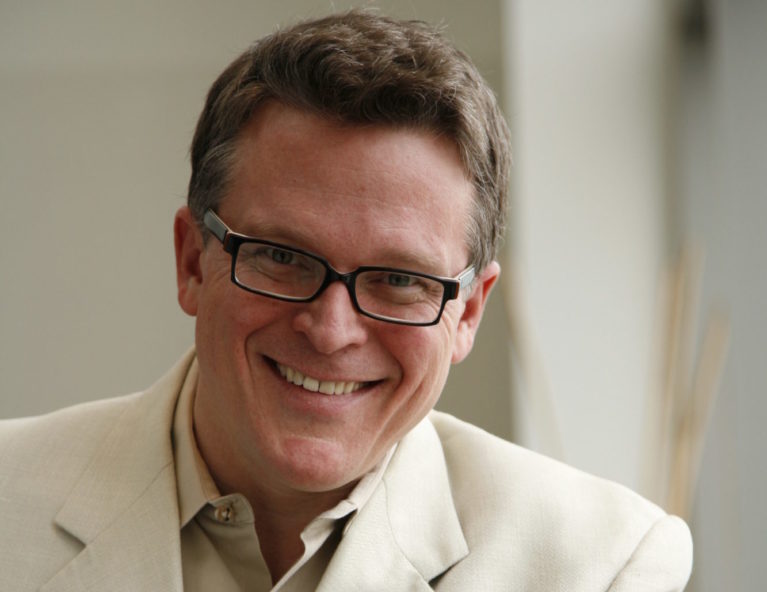 With his position at the Pops, Mr. Russell leads sold-out performances at Cincinnati’s Music Hall and the Riverbend Music Center; additionally he conducts the orchestra in concerts throughout the Greater Cincinnati region as well as on tour—serving as a musical ambassador to cultivate the reputation of the Cincinnati region as one of the world’s leading cultural centers. Creator of the orchestra’s Classical Roots series, he also leads The Pops family concert series, the annual USO Tribute Cincinnati Gala, and shares the podium with CSO Music Director Louis Langree in the wildly successful “Lumenocity” performances in Cincinnati’s Washington Park. Mr. Russell’s recent collaborations include Amy Grant and Vince Gill, Brian Stokes Mitchell, Michael McDonald, Ann Hampton Callaway, George Takei, Megan Hilty, and Steve Martin, Edie Brickell and the Steep Canyon Rangers. In December 2013 John Morris Russell led the world concert premiere of Macy’s “Yes, Virginia” at Music Hall, an adaptation of the “Yes, Virginia The Musical.” The Cincinnati Pops recorded legacy continues under Mr. Russell’s leadership, including Home for the Holidays and Superheroes!; his third recording with The Pops, Carnival of the Animals was released in November 2014. In December he led the Cincinnati Pops on their first-ever Florida tour.

At the Hilton Head Symphony Orchestra, under John Morris Russell’s leadership, the orchestra’s concert attendance has blossomed; within his first three years the organization has doubled the number of concerts they present. Mr. Russell leads the orchestra in eight masterwork subscription concerts annually, and as with the Windsor Symphony Orchestra, he continues to reveal his passion for Classical and early Romantic orchestral literature. Under his guidance, there has been a renewed educational focus in Hilton Head and surrounding communities, and he has integrated the musical culture of Gullah and Lowcountry traditions into his presentations and programming.

As a guest conductor, Mr. Russell has worked with many of North America’s most distinguished ensembles, leading Canadian orchestras that include Toronto, Edmonton, Calgary, Vancouver, Victoria, Kitchener-Waterloo and Orchestra London. In the US future and recent-past engagements include the Boston Pops as well as the orchestras of Detroit, Houston, Indianapolis, Dallas, Louisville, Milwaukee, Buffalo, Miami’s New World Symphony, the Minnesota Orchestra, Oregon Symphony, Colorado Symphony, New Jersey Symphony, New York Pops, New York City Ballet, New York Philharmonic, the Los Angeles Philharmonic at the Hollywood Bowl (where he returned in July, 2014), and the Cleveland Orchestra at the Blossom Music Festival. Abroad he conducted at the famed Musikverein in Vienna in a concert that featured the Harlem Boychoir, the Vienna Choir Boys and the actor Gregory Peck. The performance continues to be televised throughout Europe, Japan and in the USA on PBS.

2011-2012 marked Mr. Russell’s eleventh and final season as Music Director of the Windsor Symphony Orchestra. While at Windsor he fostered a decade of unprecedented artistic growth and invigorated the musical life of the Windsor-Essex region, conducting the orchestra in seventeen national broadcasts on CBC Radio 2, led them in their first nationally televised production for the CBC Television series Opening Night, and subsequently won the Gold Worldmedal for “Best Performance Program” at the New York Festivals Awards for Television and New Media, as well as a Gemini Award Nomination. His 2006 recording of Prokofiev’s Peter and the Wolf with the Windsor Symphony Orchestra won Mr. Russell and the WSO its first Juno nomination for Best Children’s Album in 2008. A two-time recipient of Ontario’s Lieutenant Governor’s Award for the Arts, as well as the Ontario Arts Council’s Vida Peene Award for Artistic Excellence, in 2010 Mr. Russell received the prestigious Herb Gray Harmony Award by the Multicultural Council of Windsor and Essex County, in recognition of the WSO's programming and outreach activities. In 2010 he was honored as the first recipient of the Arts Leadership Award by the Windsor Endowment for the Arts, in recognition of the enormous contribution he has made to the region's cultural life and in the spring of 2011 the University of Windsor awarded John Morris Russell an Honorary Doctor of Law degree.

John Morris Russell is widely considered one of North America's leaders in orchestral educational programming. From 1997 to 2009 he conducted the “LinkUP!” educational concert series at Carnegie Hall, the oldest and most celebrated series of its kind, created by Walter Damrosch in 1891 and made famous by Leonard Bernstein. The "Sound Discoveries" series Mr. Russell developed with the Cincinnati Symphony Orchestra remains a leading model for educational concerts. In Windsor, he developed the Peanut Butter n’ Jam series for young children, Family Jamboree and the One Community—One Symphony project that engaged a dozen high school performing ensembles. He also spearheaded the creation of The Windsor-Essex Youth Choir and the Windsor Symphony Youth Orchestra.

John Morris Russell has served as Associate Conductor of the Cincinnati Symphony, Associate Conductor of the Savannah Symphony Orchestra, Director of the Orchestral Program at Vanderbilt University, and Music Director with the College Light Opera Company in Falmouth, Massachusetts. He received a Master of Music degree in conducting from the University of Southern California, Los Angeles, and a Bachelor of Arts degree in music from Williams College in Massachusetts. He has also studied at the Guildhall School of Music and Drama in London, the Cleveland Institute of Music, the Aspen Music Festival in Colorado, and the Pierre Monteux School for Conductors in Hancock, Maine.