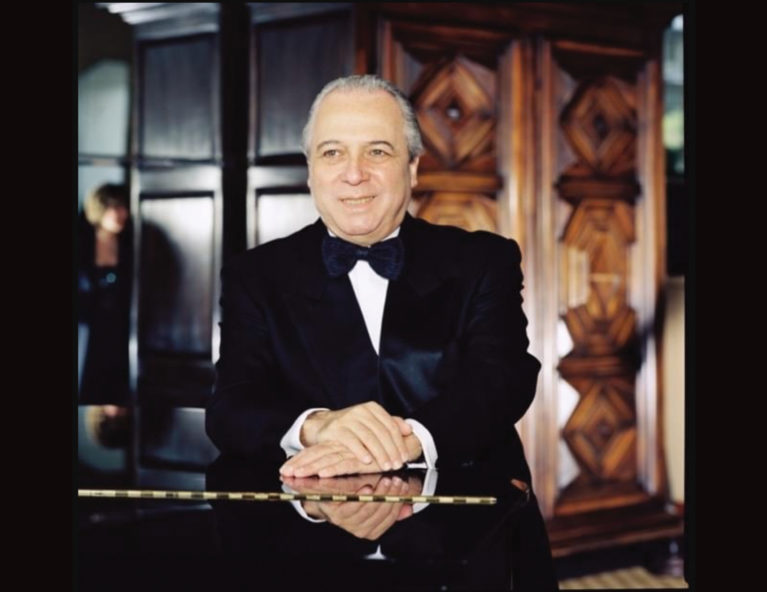 Jorge Calandrelli began his career in Argentina and Europe as Pianist, Arranger and Conductor. Calandrelli moved to the United States in 1978, he is one of today's most prolific arrangers and has worked in the Pop, Jazz, Latin, and Classical fields.

Jorge, the youngest of six, was born in Buenos Aires, Argentina. Matias Calandrelli, his father, was a medical doctor, an eminent chess player, president of the Argentine Chess Club and a lieutenant colonel physician in the Argentine Army. His mother, Nieves Solá Calandrelli played classical piano, was fluent in French and was the daughter of Juan E. Solá, a prominent politician and an early member of the Jockey Club of Argentina.

Calandrelli toured Europe for three years with his Quintet and then returned to Buenos Aires to perform as a professional pianist with his Jazz Trio while arranging and conducting for major recording artists and record companies.

ASMAC honored Jorge Calandrelli with the 2014 Golden Score Award for Arranging, the highest award that could be given to an arranger in the USA.

Most recent is Jorge's involvement on the new album Cheek to Cheek with Tony Bennett and Lady Gaga where he arranged and conducted all orchestral arrangements, as well as the Great Performances live show conducted for PBS at the Lincoln Center in New York just aired on the heels of the album release. He also conducted on the tour at the Wiltern Theatre in LA, the Hollywood Bowl in LA, and at the Royal Albert Hall in London. With the completion of the Duets II album Jorge Calandrelli reaches a milestone celebrating a 30-year association with Tony Bennett, with 13 albums recorded, 6 Grammy nominations and 2 Grammy Awards won.

Calandrelli’s concert works have been performed worldwide. His Concerto for Jazz Clarinet and Orchestra has been premiered in several countries and singled out in Michael Roeder's book A History of the Concerto. Calandrelli also received the nomination for “All Music Composer of the Year” the London Wavendon Award, for the concerto. Milestone performances of the concerto took place in Buenos Aires at the Teatro Colon by the Orquesta Filarmónica of Buenos Aires and in Cordoba, Argentina, by the Orquesta Sinfónica of Córdoba for the Bicentennial celebration of Argentina.

Jorge Calandrelli has worked as Executive Musical Director for The Concord Music Group for three years. Mr. Calandrelli continues to work independently with a diversity of artists and projects. He serves on the Board of Directors of the American Society of Music Arrangers and Composers (ASMAC), as well as having served on the Board of Governors of the National Academy of Recording Arts and Sciences (NARAS).