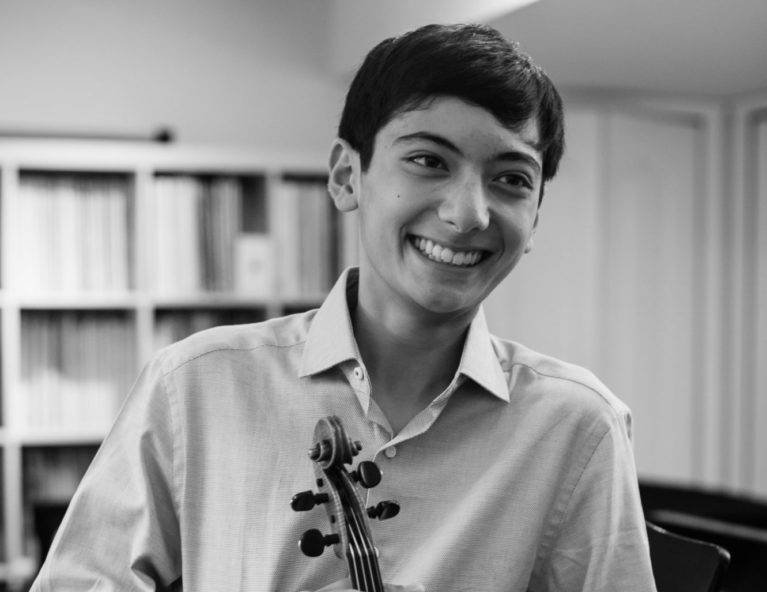 Kai Chow, 15-year-old violinist from Abbotsford, BC, has been playing the violin since the age of 4. He currently studies with Carla Birston at the VSO School of Music (VSOSoM). Kai is the grand prize winner of the 2019 VSOSoM Senior Division Future of Excellence Competition, allowing him to make his solo debut with the Vancouver Symphony in their 101st season. He has had the opportunity to work with world renowned musicians including Ray Chen, Nicola Benedetti, Itzhak Perlman, Yo-Yo Ma, James Ehnes, The Piano Guys and the Australian String Quartet. He placed first in the Intermediate string division in the BC Provincial Performing Arts Festival in 2019 and in the Junior division in 2017. He has won numerous music festival awards across the Lower Mainland. In the summer of 2019, Kai was accepted into the National Arts Centre Young Artists Program in Ottawa, where he studied in their precollege program.

Kai is actively involved in orchestra and chamber music as well. He is the co-concertmaster of the VSOSoM Sinfonietta String Ensemble. In 2018, his chamber group performed for the installation of the Lieutenant-Governor of BC. More recently, they won first prize at both the Friends of Chamber Music Young Musicians Competition as well as in the senior chamber music division at the BC Provincial Performing Arts Festival.

Outside of violin, Kai enjoys skiing, tennis and couponing. He is a French Immersion honours student at WJ Mouat Secondary School. He loves to travel and one of his missions include searching the world for the best coffee gelato.