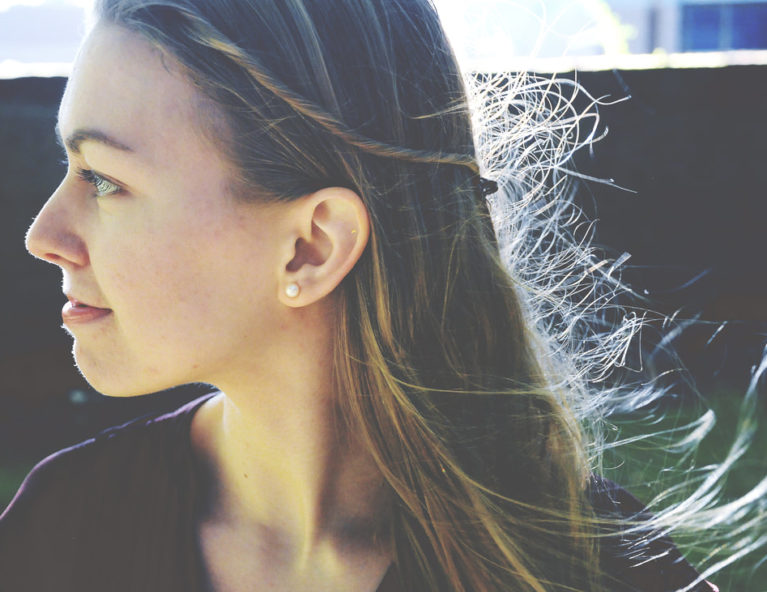 Named as one of Canada's ‘hot 30 classical musicians under 30’ by the Canadian Broadcasting Company; composer, improviser, and vocalist Katerina Gimon's uniquely dynamic, poignant, and eclectic compositional style is rapidly gaining her a reputation as one of the most distinctive emerging voices in contemporary Canadian composition. With music described as “mesmerizing”, "fiercely energetic", and "staggering in its beauty and originality", Katerina’s compositions have been performed and commissioned by ensembles across Canada, the United States (most notably at Carnegie Hall), and Europe. Katerina is one of 30 female Canadian choral composers featured in Choral Alberta's Composed by Women project, was selected to the ISCM Canadian Section for World Music Days 2018 in Beijing, and is a SOCAN Young Composers award winner. Her creative projects have been supported by the Canada Council for the Arts, the British Columbia Arts Council, as well as SOCAN, and her works are published with Cypress Choral Music and MusicSpoke. Recent commissions include SATB Choral work To the Peak of the Mountain, written for the 2019 University of Montana All-Star Choir; Ice Forms for spatialized orchestra, commissioned by the Vancouver Symphony Orchestra; and beneath/sound, for SATB choir and chamber ensemble, commissioned by the Orpheus Choir of Toronto. She is currently the composer-in-residence for female vocal ensemble Myriad and is based in Vancouver, British Columbia.

As a vocalist, Katerina performs as part of experimental mixed-media ensemble Chroma, of which she is a founding member (vocals, extended vocals, and electronics). This dynamic new music collective endeavours to explore the relationship between music, visual art, performance, composition and new technologies by blending experimental vocals, guitar, electronics and visuals to create immersive experiences. Chroma has recently begun venturing into the new and exciting world of virtual reality with an immersive VR album/experience currently in development.

Katerina holds a Master of Music in Composition from the University of British Columbia ('17) and an Honours Bachelor of Music degree in Composition and Improvisation from Wilfrid Laurier University ('15). She has studied composition under Dorothy Chang, Keith Hamel, Stephen Chatman, Linda Catlin Smith, and Glenn Buhr; and voice under Vicki St. Pierre, James Westman, and Brian McIntosh. Katerina serves on the BC Advisory Council for the Canadian Music Centre and on the board for Redshift Music Society.