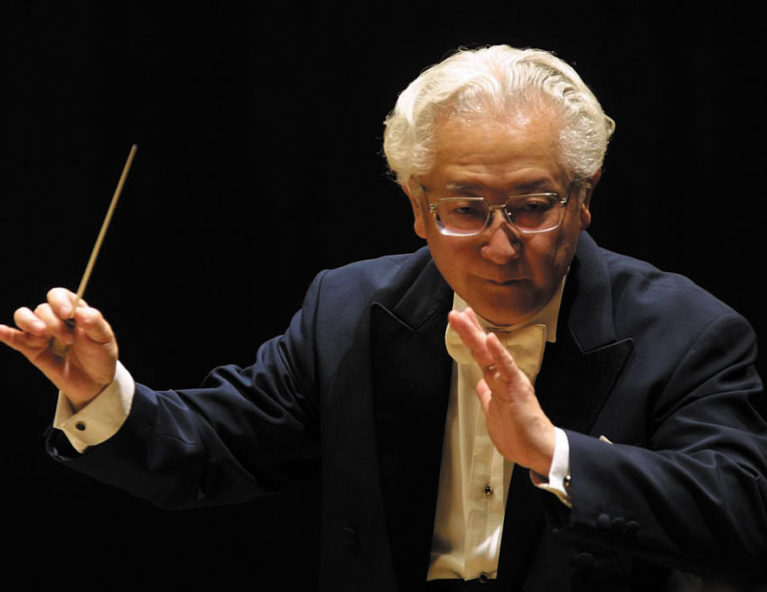 In February 1964, a year after graduating, Mr. Akiyama made his debut engagement with the Tokyo Symphony Orchestra. The tremendous success of this collaboration led to his nomination for the dual posts of Music Director and Permanent Conductor just two months later.

In 1991, Kazuyoshi Akiyama led the Tokyo Symphony Orchestra on a successful world tour to celebrate the orchestra´s 45th anniversary, which included performances in New York at the United Nations, as well as in London under the auspices of the UK Japan Festival.

A committed advocate of rare and contemporary repertoires, in 1994, for the 400th subscription performance of TSO, he conducted a concert style performance of Schoenberg´s Moses and Aaron, the first Japan performance of that work with Japanese artists. He also has conducted several Japanese premieres of works by composers such as Helmut Lachenmann (The Little Match Girl) and John Adams (El Niño).