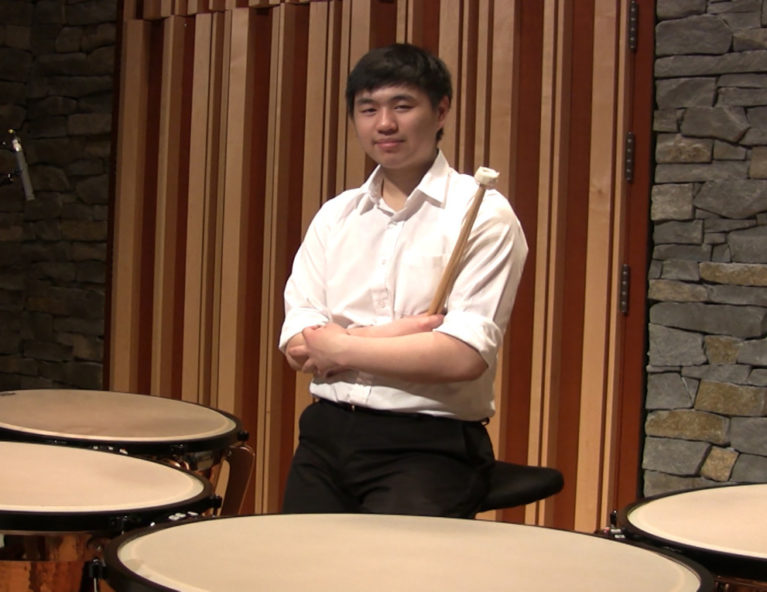 "My dream as a kid was to be a professional gamer," says Kristofer Siy, "but I discovered the love of music and decided to be a percussionist instead." While he still plays video games in his spare time, that decision is already paying off: he recently won first prize in the senior division of the VSO School of Music's Future of Excellence Competition and is looking forward to playing Rosauro's Concerto No. 1 for Marimba and Orchestra with the VSO next season. "I absolutely love that piece and after each performance I can’t wait to perform it again."

In March, he toured the Czech Republic, Hungary and Austria with the band from St. George's School, from which he recently graduated. Siy credits his older brother with getting him interested in percussion, and wishes he, himself, had more self-discipline — "I’m lazy and lounge around a lot," he confesses. But that's bound to change when he begins his music studies at UBC this fall.