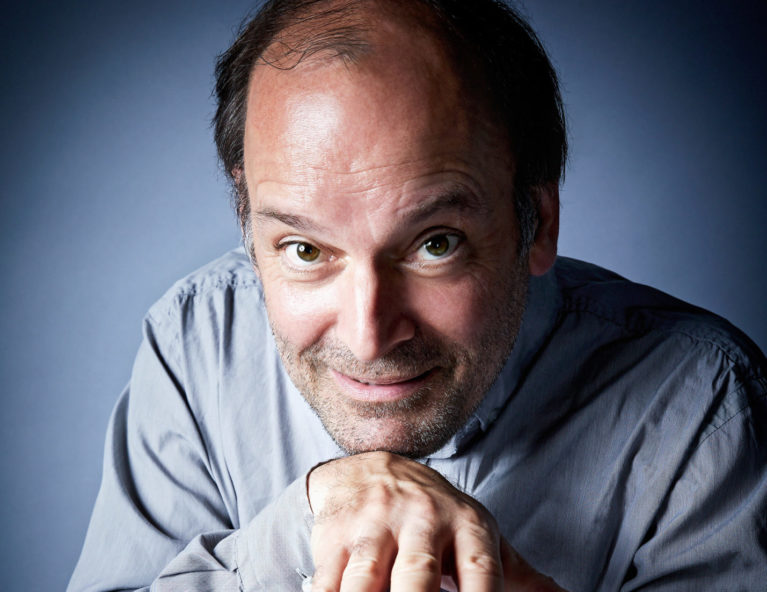 Mr. Lortie has performed complete Beethoven sonata cycles at London's Wigmore Hall, Berlin's Philharmonie, and the Sala Grande del Conservatorio Giuseppe Verdi in Milan. Die Welt described his Berlin performances as "possibly the finest Beethoven since the time of Wilhelm Kempff." As both pianist and conductor with the Montreal Symphony, he has performed all five Beethoven concertos and all of the Mozart concertos. Mr. Lortie has also won widespread acclaim for his interpretation of Ravel and Chopin. He performed the complete works of Ravel in London and Montreal for the BBC and CBC, and is renowned all over the world for his performances of the complete Chopin etudes.
Louis Lortie celebrated the bicentenary of Liszt's birth in 2011 by performing the complete Années de pèlerinage at international music capitals and festivals, and he returned to Carnegie Hall in April, 2014 to perform it there. His Chandos recording of this monumental work was named one of the ten best of 2012 by the New Yorker magazine.

In 2014-2015, Mr. Lortie returns to, among others, the Sydney and Adelaide Symphony Orchestras, performs D’Indy’s “Symphony on a French Mountain Air” and the Franck Symphonic Variations with Charles Dutoit and the Chicago Symphony,  returns to the Warsaw Philharmonie with the Krakow Philharmonic, the Toronto Symphony, the Baltimore Symphony, the Rotterdam Philharmonic, and the San Diego Symphony.   He performs recitals in Sydney, London’s International Piano Series, Dusseldorf, Vienna, London’s Wigmore Hall,  Berlin, Milan, Calgary and Brussels.  In several of these recitals, his program will feature the preludes of Faure and those of Scriabin, who died 100 years ago in 2015. With Helene Mercier, his regular duo-piano partner, he performs a duo-piano recital at the Aix en Provence Festival.

He has made more than 30 recordings for the Chandos label, covering repertoire from Mozart to Stravinsky, including a set of the complete Beethoven sonatas and the complete Liszt's Années de pèlerinage. His recording of the Lutosławski Piano Concerto and Paganini Variations with Edward Gardner and the BBC Symphony was released last year, as well as his latest Chopin album, which was named one of the best recordings of 2012 by the New York Times. Future recording include a disc of Liszt's transcriptions, the complete concertos of Poulenc with Ed Gardner and the BBC Symphony, a Chopin disc of Walzes and Nocturnes, and, with Helene Mercier, Rachmaninov’s complete works for two pianos.

Mr. Lortie's recording of Beethoven's Eroica Variations earned him an Edison Award. His disc of works by Schumann and Brahms was named one of the best CDs of the year by BBC Music Magazine, which also named his disc of Chopin etudes one of "50 Recordings by Superlative Pianists." His interpretation of Liszt's complete works for piano and orchestra with the Residentie Orchestra of The Hague was a Gramophone Editor's Choice. For the Canadian label ATMA Classique, he has recorded Mendelssohn concertos with the Orchestre symphonique de Quebec and, as conductor, Mendelssohn's "Reformation" Symphony.

Louis Lortie studied in Montreal with Yvonne Hubert (a pupil of the legendary Alfred Cortot), in Vienna with Beethoven specialist Dieter Weber, and subsequently with Schnabel disciple Leon Fleisher. He made his debut with the Montreal Symphony at the age of 13; three years later, his first appearance with the Toronto Symphony Orchestra led to an historic tour of the People's Republic of China and Japan. In 1984, he won First Prize in the Busoni Competition and was also prizewinner at the Leeds Competition. In 1992, he was named Officer of the Order of Canada, and received both the Order of Quebec and an honorary doctorate from Université Laval. He has lived in Berlin since 1997 and also has homes in Canada and Italy.