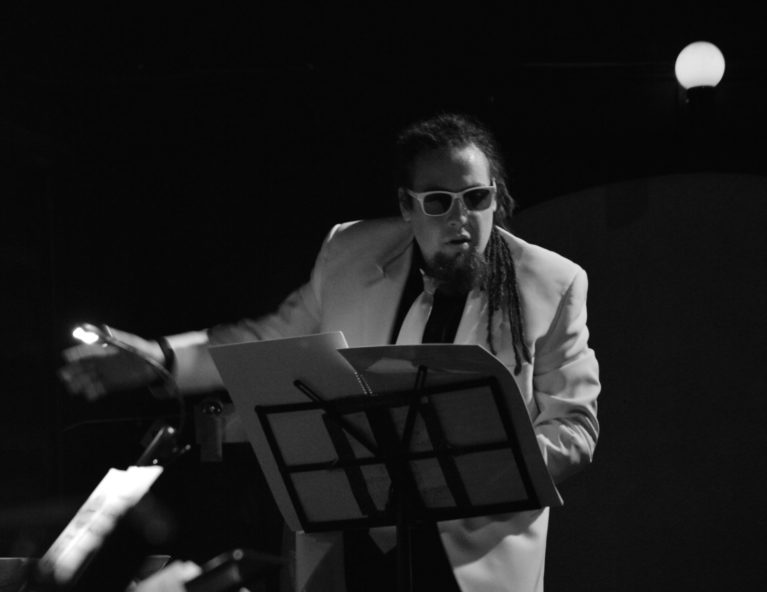 Described by Discorder Magazine as a "compositional tour de force", award winning composer and musician Mike WT Allen has been stubbornly forging his own pathway through the Vancouver music scene since graduating in 2014 with a degree in composition from Capilano University's jazz program where he studied with John Korsrud, Bradshaw Pack, Lisa Miller, and Brad Turner.

Mike has had compositions of his performed, debuted, or commissioned by the Vancouver Symphony Orchestra, Redshift Music, The Hard Rubber Orchestra, Ecstatic Waves, The Mackenzie Jones Big Band, Ontario's Royal Military College concert band, as well as an international debuts and performances by Lara Neuss (Colorado, US) and Jerk In The Can (2016/17 European tour)

In addition to his “serious art music” work, Mike composes for, plays with, produces, and records music with a number of his own groups and other artists around Vancouver, headlining festivals, touring, and producing albums over a vast range of styles, as well as producing soundtracks for local award winning films and commercials.

Mike also leads the 20 piece jazz-metal experimental big band Space Elevator which has been described as “...one of the most awe-inspiring demonstrations of musical prowess that I have ever experienced” by Discorder Magazine and “...a showcase for some of the best musicians Vancouver has to offer, [and] an exhibit of Allen's compositional genius.” by the Capilano Courier.

If you'd like to know more about things that he does, go to www.mikewtallen.com or just go talk to him, he's the one with the dreadlocks and he's unusually friendly.