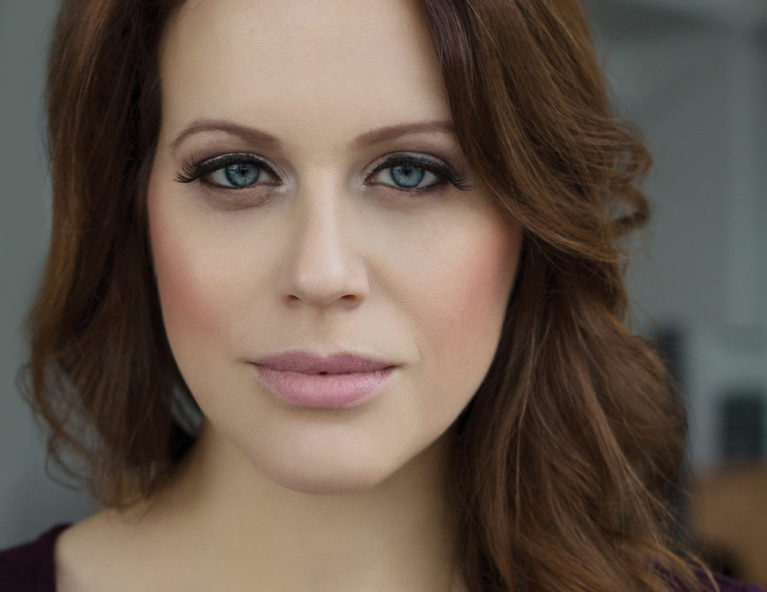 Robyn has done lots of performing in lots of places. She loves the costumes and grandeur of opera and adores the personal and intimate side of recitals. Several years ago, Robyn was hired by the Turning Point Ensemble to do a work for voice and ensemble by R Murray Schafer entitled Arcana. Faced with singing Egyptian hieroglyphs, Robyn found herself first at a complete loss, but soon fully enjoyed unravelling the mysteries found on the page. Schafer witnessed her successful performance and since then, Robyn has thrown herself whole-heartedly into performance of contemporary vocal repertoire.

Some of her favourites have been: a fully-staged performance of Libby Larsen’s Try Me Good King, the final words and letters of the wives of Henry VIII; Kaaija Saariaho’s Lonh, for soprano and electronics that make lovely bird sounds; Jake Heggie’s At the Statue of Venus, a woman’s inner monologue as she waits for a blind date; Brian Current’s Inventory, a complicated piece about a woman’s relationship with shoes; David McIntyre’s On the Road to Moose Jaw, a soaring song about a prairie drive; Leslie Uyeda’s White Cat Blues, a set of songs written for her with poems by Lorna Crozier; and Perruqueries, a commissioned set of songs about wigs from the weird and wonderful minds of Jocelyn Morlock and Bill Richardson. This is an exciting time to be working with North American composers and Robyn is thrilled to make their songs come alive. However, she will always make time to sing Mozart, Schubert or Richard Strauss!

Recent performances include The Lost Operas of Mozart with City Opera, Orff’s Carmina Burana, Jeffrey Ryan’s Timepieces, Rachmaninov’s The Bells, and a short film about Murray Adaskin featuring his song for soprano and string quartet, A Wedding Toast. Robyn is on the core faculty of the Vancouver International Song Institute, and is also very pleased to find herself Head of Voice at the Vancouver Academy of Music.

Robyn loves books, geraniums, hikes, canoes, cups of tea and a clean house. She lives with her husband and two vocal critics under the age of five. She can bake a wicked loaf of bread and in recent times, has learned a considerable amount about monster trucks, dinosaurs and how to avoid Lego underfoot.