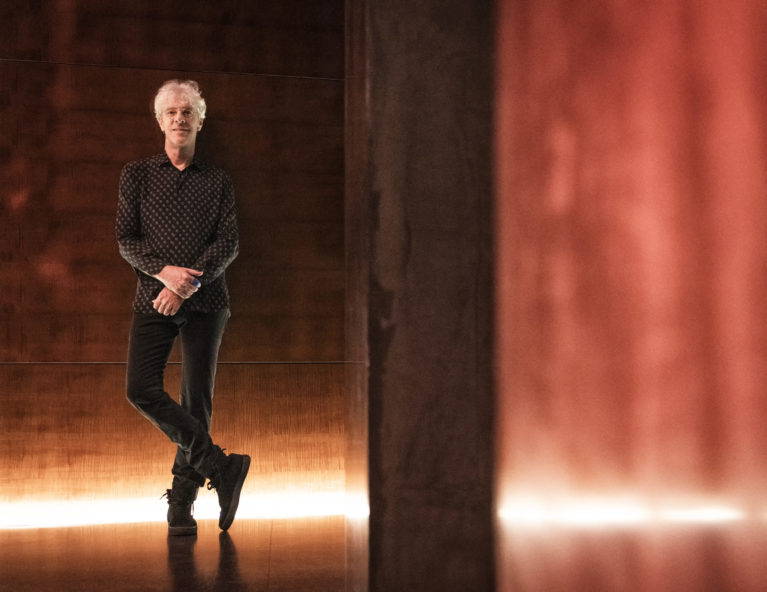 Stewart Copeland has spent more than three decades at the forefront of contemporary music as rock star and acclaimed film composer, as well as in the disparate worlds of opera, ballet, and world and chamber music.

Recruiting Sting and Andy Summers in 1977, Copeland is renowned as the founder of The Police, a band that became a defining force in rock music from the ‘80s through to the present day. His career includes the sale of more than 60 million records worldwide, and numerous awards, including five Grammy awards.

In 2017, The Chicago Opera Theatre premiered Copeland’s surreal chamber opera The Invention of Morel, a co-commission with Long Beach Opera based on the novel by Adolfo Bioy Casares. Copeland has also written two operas based on stories by Edgar Allen Poe: The Cask of Amontillado and The Tell-Tale Heart. Copeland has continued writing for Opera and 2020 will see the premiere of Electric Saint, commissioned by Staaskapelle Weimar as well as his Oratorio, Satan’s Fall, based on John Milton’s Paradise Lost, which premiered in Pittsburgh in February 2020 and will be performed across the US and UK in 2021.

The 2018/19 season saw Stewart Copeland premiere concerts of his project Stewart Copeland Lights Up The Orchestra, a concert showcasing the life of Stewart and his compositions, from The Police to Spyro the Dragon and Tyrant’s Crush with performances taking place across Germany and the UK.

In 2021, Copeland will debut a new project, Stewart Copeland: The Police Deranged for Orchestra, which focuses on the epic rise of his career. The concert is an evening bursting with The Police’s biggest hits including ‘Roxanne’, ​‘Don’t Stand To Close To Me’ and ​‘Message in a Bottle’ arranged for full symphony orchestra as well as hand-picked highlights from Copeland’s compositions. The project will tour across Europe and US throughout 2021 and 2022.

Recipient of the Hollywood Film Festival's first Outstanding Music in Film Visionary Award, a Grammy nominee for his 2005 CD Orchestralli, and a 2003 inductee to the Rock and Roll Hall of Fame, Copeland has been responsible for some of the film world's most innovative and ground breaking scores. His numerous film scores include Oliver Stone's Wall Street, the seminal score for the Golden Globe-nominated soundtrack for Francis Ford Coppola's Rumble Fish, the score for Bruno Barreto's Oscar-nominated Four Days in September and his Emmy nomination for the Showtime pilot and series Dead Like Me. His work in television includes contributions to The Equalizer, Babylon V, and Desperate Housewives and he also scored the blockbuster hit video game ‘Spyro’.