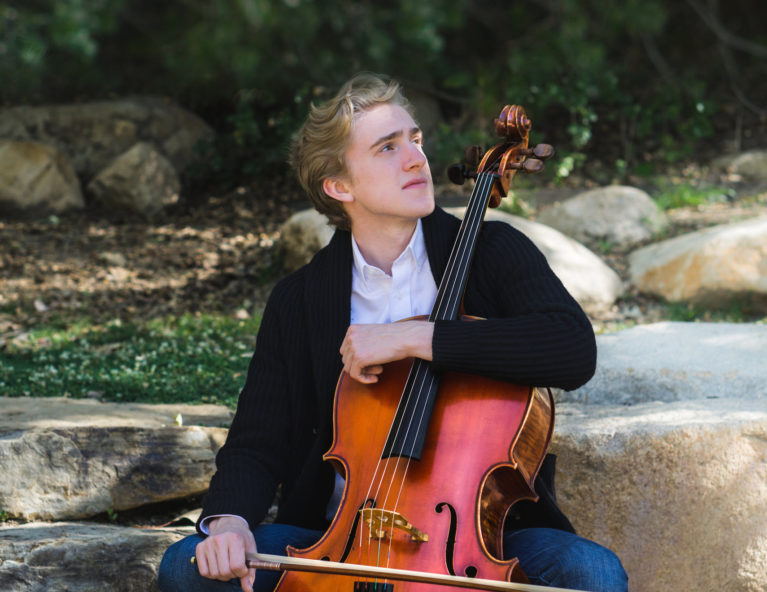 For five consecutive seasons, Mr. Zawadiuk was the principal cellist of the Vancouver Youth Symphony Orchestra. At Colburn, Mr. Zawadiuk is part of the Colburn Orchestra, led by music director Yehuda Gilad, and has worked with world renowned guest conductors such as Stéphane Denève, Michael Tilson Thomas, James Conlon, Ludovic Morlot, and David Zinman. During the summer, Mr. Zawadiuk has attended many festivals and workshops including Norfolk Chamber Music Festival, St. Lawrence String Quartet Seminar, Mcgill International String Quartet Academy, ENCORE Chamber Music Festival, Morningside Music Bridge, and the Banff Centre for Performing Arts Masterclasses for Strings and Winds. In 2016, Mr. Zawadiuk received an Award of Excellence from the National Youth Orchestra of Canada and attended the Académie de Villecroze where he worked with Colin Carr. He has also attended the National Arts Centre Young Artists Program, and the Hidden Valley music seminars where he worked with Stephen Geber.

Mr. Zawadiuk first began playing the cello two days before his third birthday. Currently, he is in his fourth year of undergraduate studies with Clive Greensmith at the Colburn Conservatory of Music. He has performed in numerous masterclasses with world class cellists such as Aldo Parisot, Colin Carr, Hans Jørgen Jensen, Lynn Harrell, Andrés Díaz, Daniel Müller-Schott, Desmond Hoebig, Raphael Wallfisch, Denis Brott, Stephen Geber, Johannes Moser, and Peter Wiley. Mr. Zawadiuk’s first teacher from the age of four where he studied at the Vancouver Academy of Music was Mary Thomson. At the age of twelve, he began lessons with John Kadz, commuting back and forth between Vancouver, British-Columbia and Calgary, Alberta. He has also studied with Ronald Leonard, Johanne Perron, and Ariel Barnes.

Mr. Zawadiuk strives to share his music with as many people as possible. In 2015, he received recognition for being a philanthropist from the government of Canada for his work on a benefit recital. In 2010, he won the grand prize at the Burnaby Clef Concerto Competition where he received the John Parker Memorial Scholarship, and in 2011, he won first prize at the Canadian Music Competition. At Morningside Music Bridge in 2012, Mr. Zawadiuk won 2nd prize in the concerto competition.