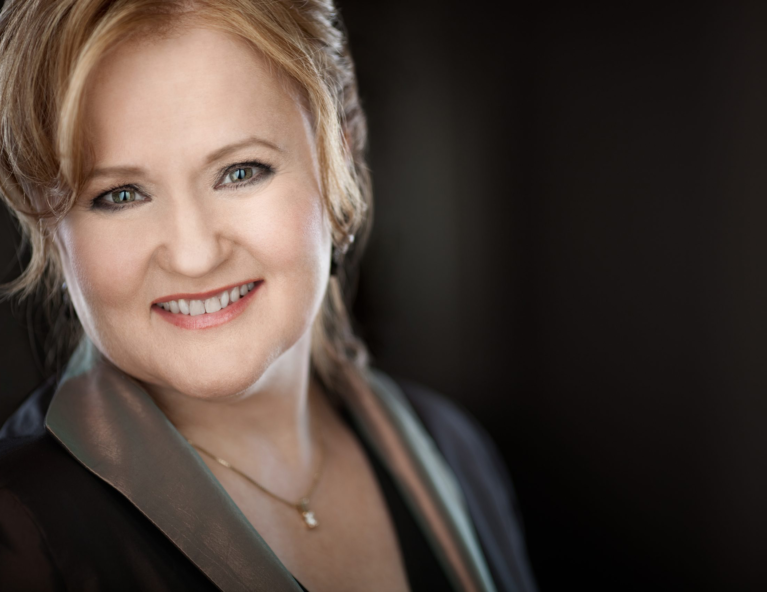 Canada’s premiere coloratura soprano, Tracy Dahl, has appeared throughout her career with such esteemed opera companies as the Metropolitan, San Francisco, Houston Grand, Santa Fe and Calgary operas; the Canadian Opera Company, Pacific Opera Victoria, Teatro alla Scala (Milan) and the Théâtre du Châtelet (Paris). The “incredible Canadian soprano,” known for her agility and vocal range, values education alongside her impressive performing career as a Professor of Voice at the University of Manitoba.

Tracy Dahl’s recent engagement highlights included appearances with the Manitoba Chamber Orchestra, the Festival Opera de Quebec, Winnipeg Symphony, and the Canadian Opera Company in Cosi fan tutte. She has recently performed as soloist with the St. Louis Symphony in Carmina Burana and the Vancouver Symphony in Carmina Burana and Mahler’s Symphony No. 4. She also recently appeared with the Toronto Symphony Orchestra in Bernstein’s Candide Suite, and sung in a dual program with Adrianna Chuchman with the Manitoba Chamber Orchestra.

Her past opera successes include Despina in Così fan tutte with Canadian Opera Company; Gilda in Rigoletto with Edmonton Opera and Manitoba Opera; the title roles in Lucia di Lammermoor and Maria Stuarda with Pacific Opera Victoria; the world premieres of Unsuk Chin’s Alice in Wonderland and Peter Ash’s The Golden Ticket with Opera Theatre of St. Louis; Cunegonde in Candide and Mabel in The Pirates of Penzance with Calgary Opera; and Madame Mao in Nixon in China with Houston Grand Opera, Opera Colorado, Portland Opera, and Vancouver Opera. Among her many notable debuts are Adele in Die Fledermaus at the Metropolitan Opera, where she later returned as Zerbinetta in Ariadne auf Naxos, Florestine in the world premiere of The Ghosts of Versailles, and Valencienne in The Merry Widow; as well as Olympia in the San Francisco Opera production of Les contes d’Hoffmann opposite Plácido Domingo, where she returned as Oscar in Un ballo in maschera and the title role in Lucia di Lammermoor.

On concert stages, Tracy Dahl’s many appearances include an evening of Gershwin songs with the Philadelphia Orchestra; the Cleveland Orchestra at The Blossom Festival; the New York Philharmonic at Avery Fisher Hall; Vail Summer Music Festival; Mahler’s Symphony No. 8 with the Monterey Symphony; Britten’s Les Illuminations with the Manitoba Chamber Orchestra; a concert with the Melbourne Symphony Orchestra; Handel’s Messiah with both San Francisco and St. Louis symphonies. Her discography includes A Disney Spectacular with the Cincinnati Pops (Telarc), Glitter and Be Gay with the Calgary Philharmonic (CBC), A Gilbert and Sullivan Gala with the Winnipeg Symphony Orchestra (CBC), and Love Walked In, a Gershwin collection with the Bramwell Tovey Trio (Red Phone Box Company).

Born in Winnipeg, Tracy Dahl commenced her vocal training at age 12, and had her heart set on a career in musical theatre. During her studies at the Banff Centre, she successfully debuted as Barbarina in Mozart’s Le nozze di Figaro with the Manitoba Opera. Under the guidance of Mary Morrison and Martin Isepp, Dahl developed her career in opera, ultimately performing with world renowned symphonies, orchestras, and opera companies. In July 2017, Tracy Dahl had the high honor of being appointed to the Order of Canada for her accomplishments as an opera singer and for her commitment to mentoring the next generation of Canadian singers.