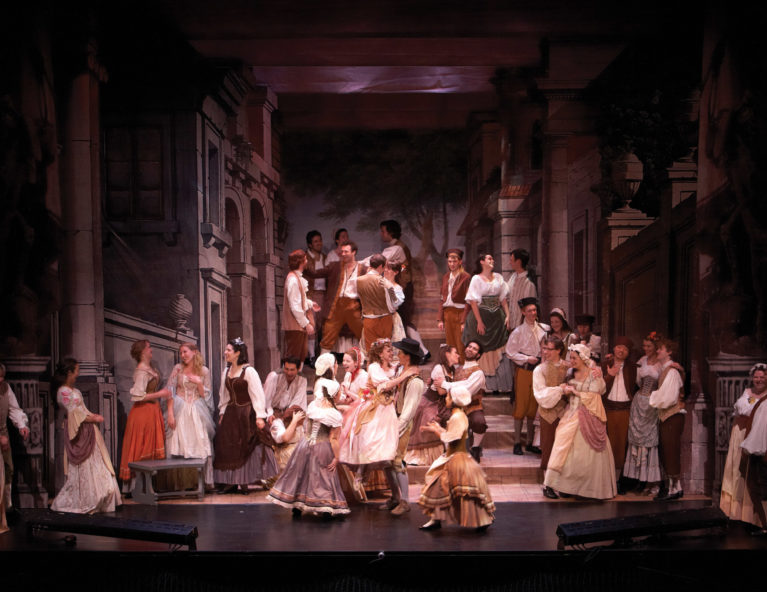 The Ensemble's 2016/17 Season includes productions of Menotti’s The Consul (November 3-6), Tchaikovsky’s Eugene Onegin (February 3-5) and Strauss’ Ariadne auf Naxos (June 22-25). In celebration of UBC’s Centennial, The Ensemble presented concerts in China, Czech Republic and Germany. In recent years, the UBC Opera Ensemble has been involved in several collaborations with the Vancouver Symphony Orchestra under Maestro Bramwell Tovey, as well as the VSO’s guest conductors. Many of its young soloists have been featured guests for cameo appearance in concerts, and the organization appreciates its frequent performances opportunities with the VSO.