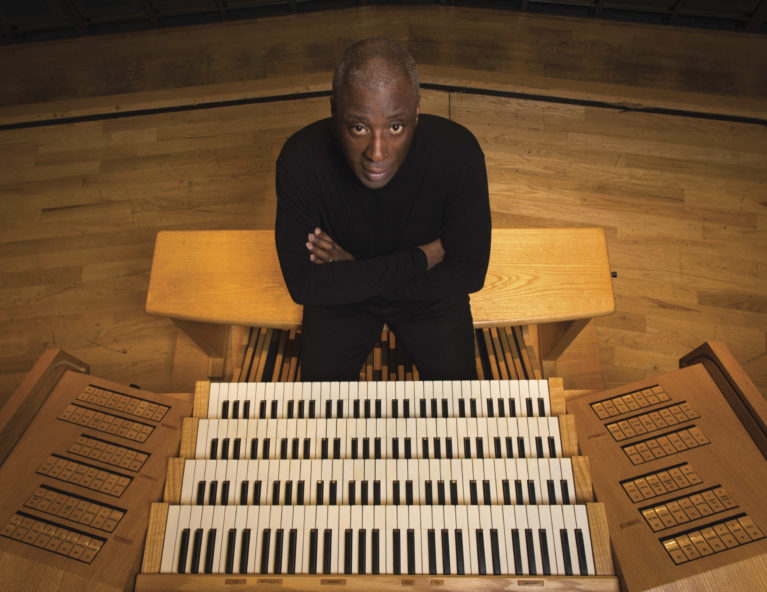 British conductor, organist and pianist Wayne Marshall is world-renowned for his musicianship and versatility on the podium and at the keyboard. He served as Chief Conductor of WDR Funkhaus Orchestra Cologne 2014-2020, became Principal Guest Conductor of Orchestra Sinfonica di Milano Giuseppe Verdi in 2007 and is acelebrated interpreter of Gershwin, Bernstein and other 20th century composers.

Plans for the 21/22 season include his debut at the Edinburgh International Festival with special Rodgers and Hammerstein gala concerts featuring Danielle de Niese, his conducting debut with Munich Philharmonic, Seattle Symphony and the Osaka Philharmonic Orchestras. He will also be conducting Bernstein’s Candide at Opera de Lyon in December 2022 as well as returns to Orchestre de Paris, BR Munich, Tonkunstler Orchestra, Czech Philharmonic, North Netherlands Orchestra, Bern and Lichtenstein Symphony Orchestras and concert performances of Porgy and Bess in St Gallen.

As organ recitalist, he has an exceptionally varied repertoire and performs worldwide and online to an audience of millions. He gave a spectacular online recital at the Elbphilharmonie in Hamburg in the 19/20 season and future plans include returns to Philharmonie de Paris and Royal Albert Hall.

Throughout 2018 he played a key role in leading the Bernstein centenary celebrations. Highlights included Bernstein’s Mass with Orchestre de Paris at the Philharmonie de Paris and Kaddish with Orchestre National du Capitole de Toulouse later in the year. He also made his debut with Zurich Philharmonie in an all-Bernstein programme and conducted the rarely-performed White House Cantata in Utrecht with the Netherlands Radio Philharmonic Orchestra. He also worked with the Munich Rundfunkorchester at the Prinzregententheater and Schleswig-Holstein Music
Festival.

Recent notable organ recitals in the 19/20 season included Walt Disney Concert Hall Los Angeles; Kimmel Centre Philadelphia and Symphony Hall, Birmingham UK. He is a regular performer at the BBC Proms and appeared in the 2012 season as organist and was co-presenter of the Barenboim Prom in Summer 2014. He recently appeared as soloist in the 2016 season at the Ten Pieces Prom.

In 2018 Wayne recorded a Gershwin CD with WDR Funkhaus Orchestra in Cologne and a double-CD featuring all of Bernstein’s lesser-known chamber music works. His most recent releases feature all three of his disciplines: Dupre’s Passion Symphony for organ on Base2Music, ‘Born to Play’ Gershwin orchestral disc released on Avi with WDR Funkhaus and A Flower Remembered with Wayne performing piano arrangements of John Rutter’s beloved choral works, recorded at home in Malta during the 2020 lockdown. He has recorded extensively for numerous major labels and received an ECHO (Deutscher Schallplattenpreis) award for his "Gershwin Songbook CD."

Wayne was honoured with an OBE (Order of the British Empire) from Her Majesty The Queen’s New Year’s Honours list in 2021. In 2004 he received an Honorary Doctorate from Bournemouth University and became a Fellow of the Royal College of Music in 2010. In 2016 Wayne was awarded the prestigious Golden Jubilee Award, presented by the Barbados Government for his services to music. Wayne is proud to be an Ambassador of the London Music Fund