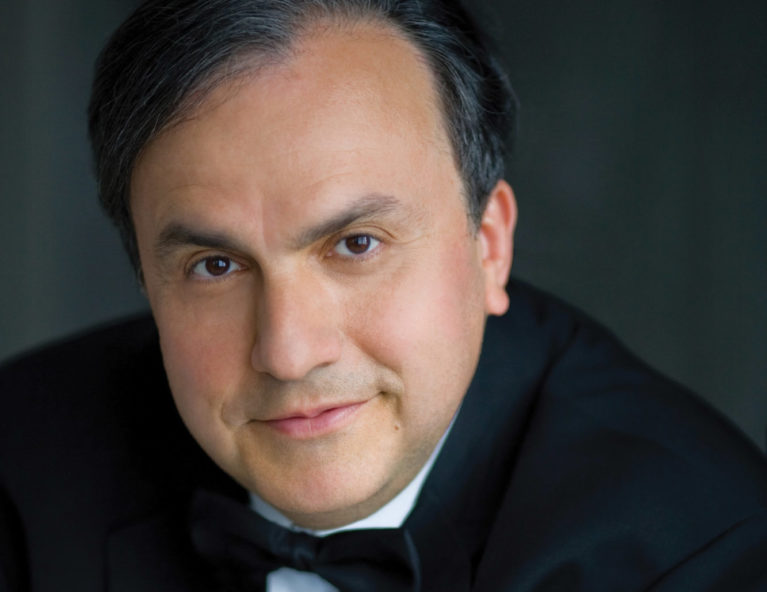 Summer festivals from Aspen to Tanglewood, and Amsterdam to Helsinki, Lucerne and Berlin provide the starting point for the 2013-14 season in which Mr. Bronfman is featured Artist-in-Residence with the New York Philharmonic. Repertoire from Tchaikovsky to Lindberg and including contemporary composers Marc-André Dalbavie, Esa-Pekka Salonen and Marc Neikrug will be included in chamber concerts with a winter tour to the Far East and a complete cycle of all the Beethoven concerti over 3 weeks to bring the season to a close in June.

Together with friend and collaborator Pinchas Zukerman a short duo tour is planned in the spring to include Ottawa, Chicago, Los Angeles, San Diego, Berkeley and Vancouver. At the Berlin Philharmonic's new spring residency in Baden-Baden he will play Beethoven conducted by Zubin Mehta and during the season will return to the orchestras of Los Angeles, San Francisco, Philadelphia, Vancouver, Toronto, Boston, Houston, Dallas and Detroit as well as Paris, Munich, Berlin and Amsterdam with whose Concertgebouworkester he will tour in Australia as part of that orchestra's world-wide centenary celebrations.

Mr. Bronfman’s 2012-13 season began early with concerts with the Berlin Philharmonic conducted by Sir Simon Rattle in Berlin, Salzburg and the London Proms followed by the Tonhalle Orchestra, Zurich with David Zinman and London’s Philharmonia conducted by Tugan Sokhiev. A season-long residency with the Bayerischer Rundfunk Orchestra and long time collaborator Mariss Jansons encompassed orchestral and chamber music in a broad range of repertoire. A return to Salzburg’s Easter Festival with the Dresden Staatskapelle and Christian Thielemann was followed by appearances with the Vienna Philharmonic and Michael Tilson Thomas in Vienna and London, subscription concerts in Spain and Germany and a spring tour with Ensemble Wien-Berlin.

In North America he worked with the Metropolitan Opera Orchestra in one of their infrequent Carnegie Hall visits conducted by Fabio Luisi and returned to the orchestras in New York, Chicago, Dallas, Cincinnati, St. Louis and Montreal where he is a beloved regular. In collaboration with mezzo-soprano Magdalena Kožená he made a short winter tour including New York’s Carnegie Hall and in solo recital in Los Angeles, Seattle, Denver, Atlanta as well as the great halls of Paris, Berlin, and Lisbon.

He has also given numerous solo recitals in the leading halls of North America, Europe and the Far East, including acclaimed debuts at Carnegie Hall in 1989 and Avery Fisher Hall in 1993. In 1991 he gave a series of joint recitals with Isaac Stern in Russia, marking Mr. Bronfman’s first public performances there since his emigration to Israel at age 15. That same year he was awarded the prestigious Avery Fisher Prize, one of the highest honors given to American instrumentalists. In 2010 he was honored as the recipient of the Jean Gimbel Lane prize in piano performance from Northwestern University.

Widely praised for his solo, chamber and orchestral recordings, he was nominated for a GRAMMY® Award in 2009 for his Deutsche Grammophon recording of Esa-Pekka Salonen’s piano concerto with Salonen conducting and with whom he won a GRAMMY® Award in 1997 for his recording of the three Bartók Piano Concerti and the Los Angeles Philharmonic. His performance of Beethoven’s fifth piano concerto with Andris Nelsons and the Royal Concertgebouw Orchestra from the 2011 Lucerne Festival is now available on DVD and his performance of Rachmaninoff’s third concerto with the Berlin Philharmonic and Sir Simon Rattle was released on DVD by the EuroArts label. His most recent CD releases are Magnus Lindberg's Piano Concerto No. 2 commissioned for him and performed by the New York Philharmonic conducted by Alan Gilbert on the Da Capo label, Tchaikovsky’s Piano Concerto No.1 with Mariss Jansons and the Bayerischer Rundfunk, a recital disc, ‘Perspectives’, complementing Mr. Bronfman’s designation as a Carnegie Hall ‘Perspectives’ artist for the 2007-08 season, and recordings of all the Beethoven piano concerti as well as the Triple Concerto together with violinist Gil Shaham, cellist Truls Mørk, and the Tönhalle Orchestra Zürich under David Zinman for the Arte Nova/BMG label.

Born in Tashkent in the Soviet Union on 10 April 1958, Yefim Bronfman immigrated to Israel with his family in 1973, where he studied with pianist Arie Vardi, head of the Rubin Academy of Music at Tel Aviv University. In the United States, he studied at The Juilliard School, Marlboro and the Curtis Institute, and with Rudolf Firkusny, Leon Fleisher and Rudolf Serkin.