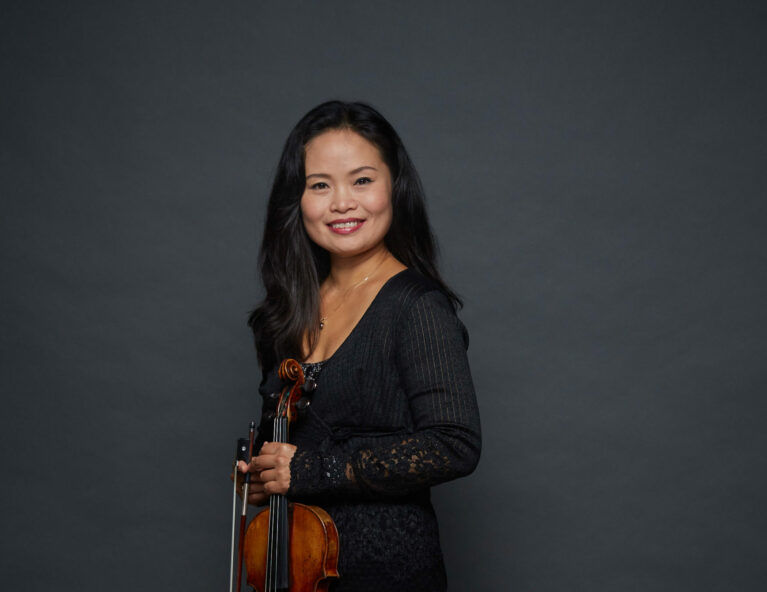 Yi Zhou began her violin studies at the age of 6 in Mainland China. After completing her Bachelor's Degree in Violin Performance at the Shanghai Conservatory of Music, Yi received a full scholarship to continue her violin studies with German violin professor Alice Schoenfeld at the University of Southern California in Los Angeles. At the same time she was completing her Masters degree at USC, she was also very involved in the musical scene in Los Angeles and Southern California. She was the Concertmistress of the American Youth Orchestra and the Young Musicians foundation's debut orchestra, and in 2003 Yi was appointed concertmistress of USC's Symphony Orchestra by Maestro Sergiu Comissiona (Former Conductor Laureate of Vancouver Symphony).

After Yi graduated from USC, she worked regularly with many professional groups in Southern California, including Los Angeles Opera, San Diego Symphony, San Diego Opera and Chamber Orchestra, Pacific Symphony, and Long Beach Symphony. Some of the conductors she has had the pleasure of working with include Placido Domingo, Zubin Mehta, Christoph Eschenbach, Esa-Pekka Salonen, James Conlon and John Williams. She has twice been invited to the prestigious Schleswig-Holstein Music Festival in Germany. Concert tours have taken her to Germany, Holland, Finland, Denmark, Latvia, and Estonia. She was also invited to coach and teach as a member of a String Quartet residency program at the Fairbanks Summer Arts Festival in 2003 and 2004.

Since Yi Zhou moved to Vancouver in 2006, she has quickly become very active in the Vancouver musical community. Yi started playing with the Vancouver Symphony in 2006 as an extra musician and has been member of the first violin section since 2009. She was also a member of the Vancouver Opera Orchestra, and played with the CBC Vancouver Radio Orchestra. Yi also has a great interest in new and alternative music and chamber music. Some of the groups she has worked with include Turning Point Ensemble, Vancouver Intercultural Orchestral, as well as jazz and pop music recording projects with such well known artists as Michael Buble, Josh Groban and \"The Tragically Hip\". In 2010, Yi also had a successful recital tour to Northern BC with her husband pianist Greg Caisley.

When not performing, Yi Zhou loves teaching, going for walks in the beautiful parks of Vancouver, and creating wonderful food.